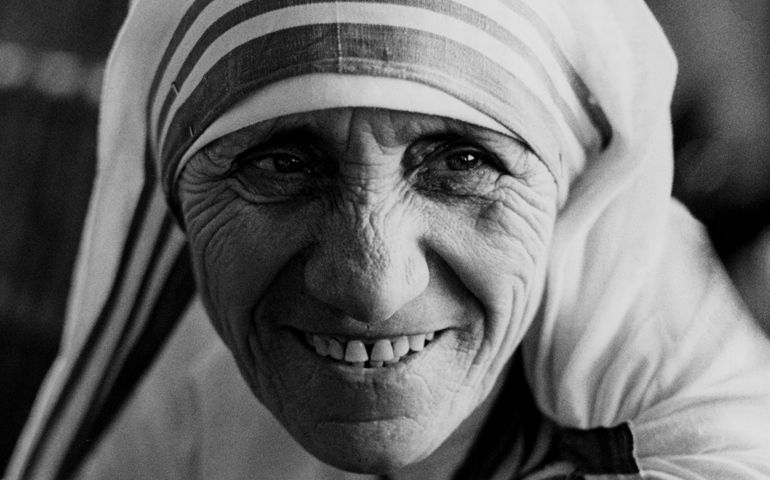 As per the teachings of Christianity, ‘Lust and Greed’ are considered deadly sins, as they give birth to other immoralities. The institution of the Church and its authorities are the people who are supposed to save the common people from these vices. Unfortunately, the global horrors of child abuses, women abuses, wealth accumulation and land grabbing, manipulating democratic processes, abusing indigenous cultures, etc tell us about the involvement of the very same priests in the capital sins. The cover-up by the higher authorities is even more alarming. There cannot be a bigger crucifixion of the teachings of Jesus Christ than this. The recent cases of Child-Lifting in a centre of Missionaries of Charity or cases of Nun-rape and Land grabbing in Kerala should be seen in this larger context:

The sale of infants by the nuns belonging to ‘Missionaries of Charity founded by Mother Teresa is in news. The depth of the scam is yet to be unearthed. But political weather has heated up with political statements for and against the alleged scam. This is a case involving innocent infants of mothers of weaker sections who can’t take on the mighty system supporting such scams.

However, a fair and thorough investigation is much in the interest of all the concerned. This is not a small incident that could be brushed aside with a lighter note. Given the clout and influence of the organization involved in the crime, this has far-reaching consequences internationally. ‘Missionaries of Charity’ was founded to serve the destitute and the neglected ones. Founder’s high claim on morality and righteousness demands that this case is investigated thoroughly with all fairness to bring to light all the angles of the case, while the political class must show some decorum and stay away from political statements that may hamper the fair investigation.

British-American journalist and polemicist Christopher Hitchens published an essay called The Missionary Position: Mother Teresa in Theory and Practice (1995), in which he brought the following crucial facts to light:

It is crucial to analyse, how this very institution has been functioning even when its founder was alive. Her claim to serve the poor and needy was not beyond political calculations. Her tall claims at times were contested for its accuracy. The amount of money received by her and expenditure incurred for the claimed cause was also not beyond dispute. More importantly, the brand image built over the years using “service” as the tool was much against the very preaching and teaching of Jesus Christ himself.

Jesus preached to serve the fellow beings in such a way that what your right hand gives, the left hand does not know. That is the stringent measure he recommended for serving the fellow beings. But the “service” of Mother Teresa was quite contrary to this teaching of Christ. Chest beating and publicity of the work done was at the peak!

It is essentially part of the brand building that is normally done by business empires and never required for true service minded people. The Bharatiya society, much to its true character to recognise the service to humanity, accorded her the Bharat Ratna, the highest civilian honour given to any individual. In that sense, we Bharatiyas never lacked in recognising the work done for humanity irrespective of their religion. But ironically internationally it gave a different impression. It showed Bharat in a poor light as if there was no one to take care of those needy if Christian nun Mother Teresa from a different continent did not come to help.

While accepting the Nobel Peace Prize in 1979, Mother Teresa preached that “Today, abortion is the worst evil and the greatest enemy of peace.” It reiterated the basic position of Church against the women empowerment and their right to contraceptives.

Ironically, in 2018, The Republic of Ireland has voted overwhelmingly to overturn the abortion ban by 66.4 per cent to 33.6 per cent. Under the pressure of Church, currently abortion is only allowed when a woman’s life is at risk, but not in cases of rape, incest or fatal foetal abnormality. Irish people have shown the way to other Christian states about leaping forward in the direction of women empowerment.

The message conveyed internationally is that Bharat in general and Bengal, in particular, is full of beggars/lepers on the street and there is no one to take care of them when they suffer. So, a Christian nun from far away Europe had to come to their rescue and do the yeomen service of the stinking lepers who otherwise lacked care. This image is quite damaging the reputation of Bharat before the world community. Moreover, is it a true picture? Is the question needed to be answered in the interest of Indian society and its reputation?

This image projected globally is incomplete and half true. It is like seeing a cinema after the interval and concluding that the villain has been unfairly targeted by the hero! Seeing the whole cinema in its full context only will give the correct and true picture. Similar is the case with Mother Teresa vis a vis Bharat. Is it true that Bharat is a country of beggars and lepers on the street? If yes, for how long has it been so? Answering this question can clarify many things and help put things in the right perspective.

A bit of historical knowledge is required to answer this. The own recordings of British themselves will throw much light on this. Hardly 150 years before the arrival of Christian Mother Teresa to serve the poor in Bharat, Christian British had arrived to colonise and loot Bharat, have recorded that throughout the length and breadth of Bharat there is not even a single beggar on the street, nor is there any poor and needy. India is full of rich material as well as intellectuals. So, the British made their political design accordingly to destroy this very nature of Bharat. And just within a century, one could see beggars and needy on the streets! But no one calls it to plunder by Christians! The perpetrators were Christians there! We call them only as British and never by their religion! Then why has one to call mother Theresa as a Christian nun while recognising her service?

This unfair narrative has caused heavily in damaging the reputation of my Bharat. This is not without a well thought out international design, but a well-calculated move. The country which was number one in world trade till mid-1700 starting from the first century barring a small gap in 1600 when China overtook Bharat, we had the dominant role across the globe in trade and business. And so were our riches and standard of living. Ironically today’s generation is made to believe that if not for mother Teresa, our poor beggars and lepers on the street would have died without any care and help. But putting things in right perspective of destruction by Christian British causing poverty and hunger within Bharat and leaving this country in a state of destitute, arrives the Christian nun Mother Teresa from the same religion and geographical area as that of British, to serve the very poor who were the creation of Christian British. When seen in this context it makes it clear that the service of Mother Teresa is like a small prayaschit to the sins of people of her religion and continent, as against the present tall claim of “great service to humanity”.

Now, under the given circumstances comes the news of the sale of infants. After seeing things in the context as said above one can imagine if the nuns are unfairly targeted for their “service”, or there is much truth in the complaint under investigation. International pressures are obvious as their very nature and design are to have global clout. But the bigger question is, should Bharatiya media and political class buckle under pressure of these international forces which are never for any good of Bharat but to their own advantage. Allowing and supporting detailed investigation till it finds all the truth and the roots of crime is in the interest of all concerned.

Brand Mother Teresa might suffer in the process. After all, We Christians believe that once dead we meet God with all our good and bad deeds to face the final judgment. So, has Mother Teresa gone before God with all her good and bad deeds to face the judgment? What is important for us is to take inspiration from her good deeds and get inspired to do the same with our fellow men. But what happens, in reality, is altogether different. Instead of following in her footsteps of good work, she is being made into a brand to serve the narrow interest of the church.

In Mangaluru, we already have a church in her name with her statue and a collection box below her feet. This collection box speaks for itself the real intent of the church and the advantage of the brand-building instead of following her footsteps. The bigger is the brand more is the collection received in the box!

Her beatification and canonizing as a Saint was more of a big political showcase, with the head of States and top leaders of the world attending it including our own External Affairs Minister. It was more of a successful brand launching exercise. Now that brand comes to haunt us in the fair investigation because taking on the biggest brand is not an easy job. Let us all hope and believe that fair investigation is done into all the allegations and truth prevails despite all odds.