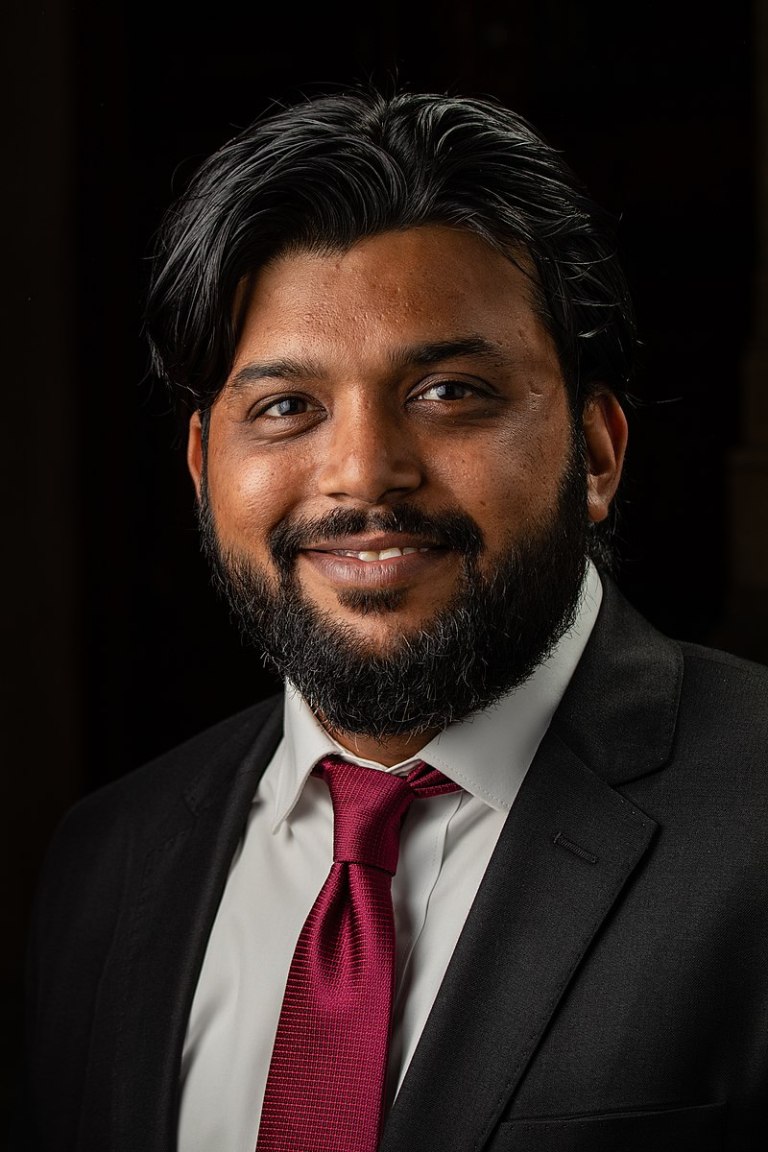 Reuters photojournalist Danish Siddiqui, who was embedded with a convoy of Afghan forces, was killed by Taliban militants last week. India’s far-left ecosystem, predictably, pinned the blame on the bullet. Taliban corroborated their apologists’ stand by saying “we do not know whose bullet killed” the journalist.

Siddiqui, who was part of the Reuters photography team that won the 2018 Pulitzer Prize, shot to fame with his morbid images of burning funeral pyres in India.

His death sharply divided netizens. Those who celebrated the death of famous TV Anchor Rohit Sardana barely couple of months back were mourning the death of Danish Siddiqui and preaching civility and grace to those sharing Siddiqui’s innately negative stories about India. Many argue that Danish Siddiqui’s camera suffered from monocular impairment. A glance at his Twitter timeline and political commentaries do suggest that for him journalism was a tool to further his Islamic pollical ideology.

Intent and leaning of his journalism can be better grasped by omissions he committed.

He covered the Covid-19 crisis in India extensively. His pictures of burning pyres of Hindu victims of Covid-19 made international headlines. 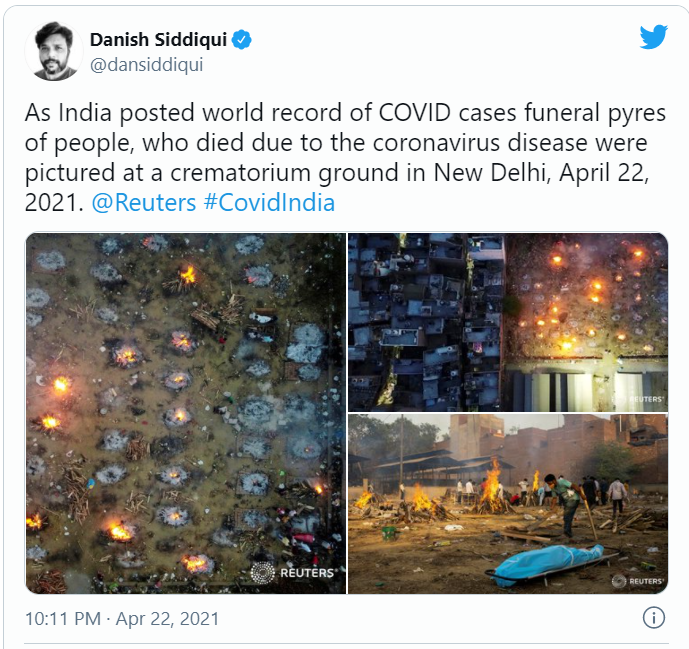 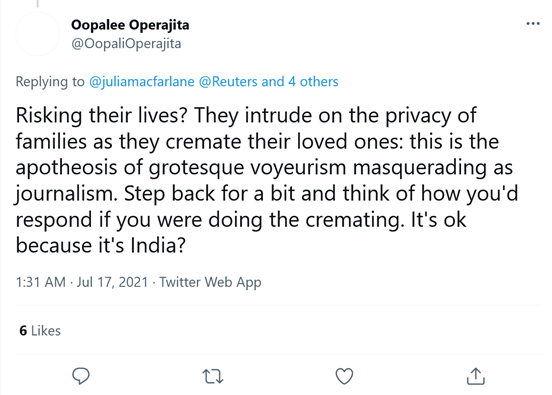 In his TED talk, Danish Siddiqui equated Kashmir with deadly war-torn regions like Iraq and Afghanistan. He offered a lop-sided view of Kashmir and painted the Indian Armed Forces as an oppressive force. He came across as an apologist for Islamic terrorist and stone pelters. He shared a picture an X-ray of a boy’s skull who suffered pellet injuries but not a word on ghastly attacks on Indian armed forces.

Listen this video of DanishSiddiqui-
He was an apologist for stone pelters and violent protesters and terrorists. Many defence forces and civilian were killed and injured in terrorist attacks but he didnt show a single photo of those attacks.
pic.twitter.com/LtghS6s4vu 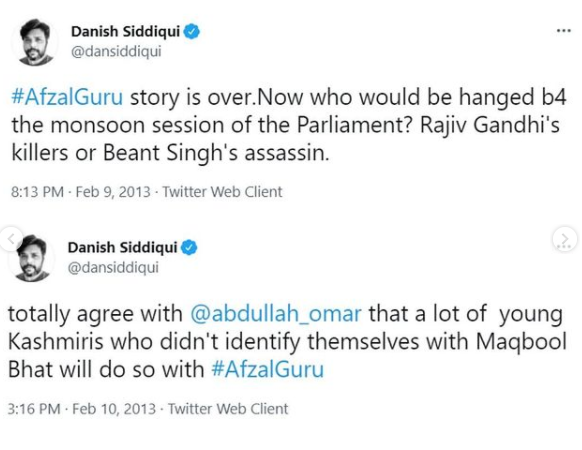 He also posted Tweets supporting Ishrat Jahan, even as the convicted terrorist David Headley had implicated Ishrat in terrorist activities in a statement given to the National Investigation Agency (NIA). 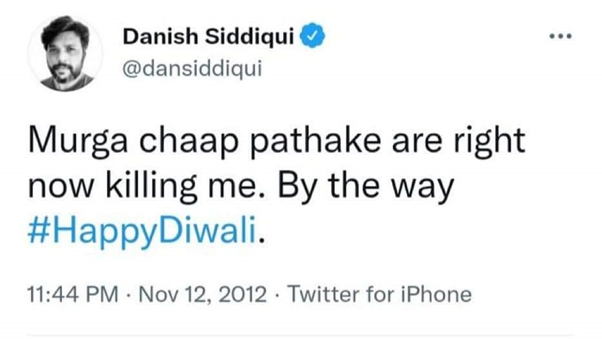 He raised alarms over Kumbh gathering but expressed solidarity with large crowd gathered to protest against Farm Bill.

Thousands of mourners filed past the coffin of slain journalist, who was laid to rest in Jamia Millia Islamia, the university that shaped his political outlook. This graveyard is meant only for University employees, their spouses and minor children. 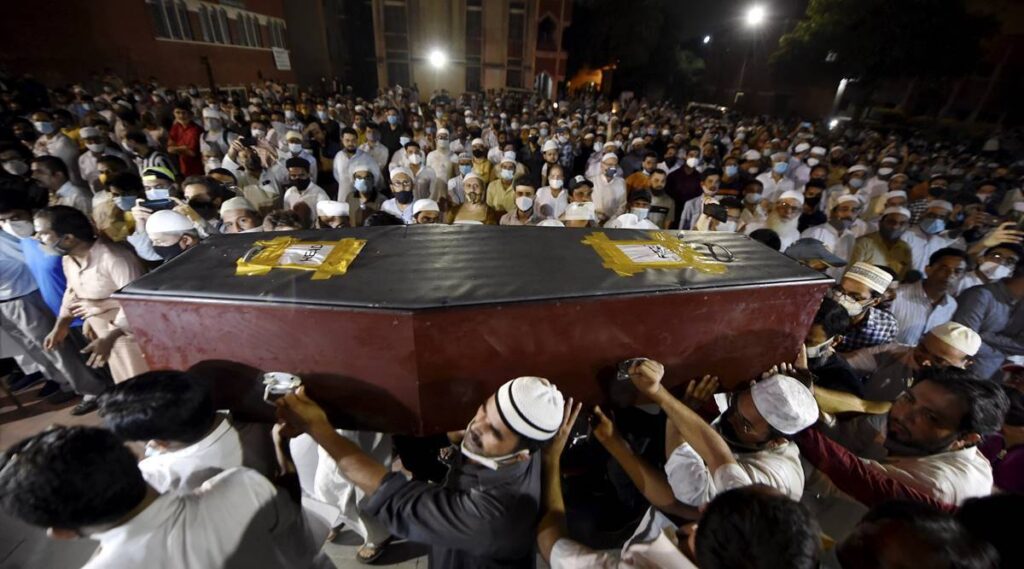 This raises a moot question, should a premiere institute, funded by taxpayers money, allow its campus to glorify someone who shot India with coloured lenses?