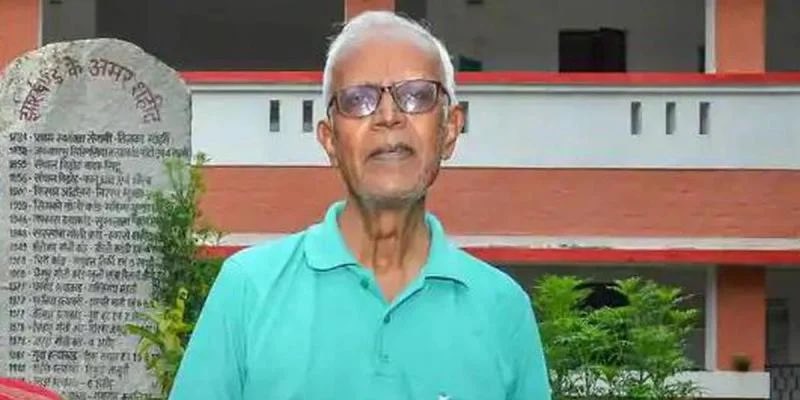 Today, Jesuist Stan Swamy passed away at the private hospital. On May 29 2021, he  was shifted to the private hospital Mumbai’s Holy Family Hospital from the Taloja Central Jail, after the Bombay High Court issued a direction. His application for interim medical bail is scheduled on July 6.

The JJ hospital report, based on Swamy’s examination earlier this week, says he does not need hospitalization. The report said Swamy was normal and responsive but had severe hearing loss, unbalanced gait, lower limb problems and general weakness. It also said he required physical assistance in the form of a walking stick or a wheelchair. He insisted to admit a church owned private hospital. (No hospital, send me home or I’ll die in jail: Fr Stan Swamy)

He suffers from Parkinson’s disease, lower back pain and bilateral hearing loss, among other ailments.

Stan Swamy,  told Bombay high court judges in a video conference that he did not want to be shifted to a hospital and that he would rather await death in prison if he was not released on bail.

The bench said to Swamy, “Your general health is deteriorating … do you want to be admitted at JJ hospital…?” He replied, “ No, I do not want to be. I would prefer to die here. I would prefer this (jail) rather than be admitted to the hospital.’’ Swamy said he had been admitted to JJ on two occasions and he did not think it could help him. Keeping his advanced age and condition in mind, the judges were willing to send him to hospital.

Truth is that – In an authentic government hospital report says that he does not need hospitalizations but a another bench directed to shift in private hospital which is owned by church where he mysteriously died. There must be an enquiry of his death.