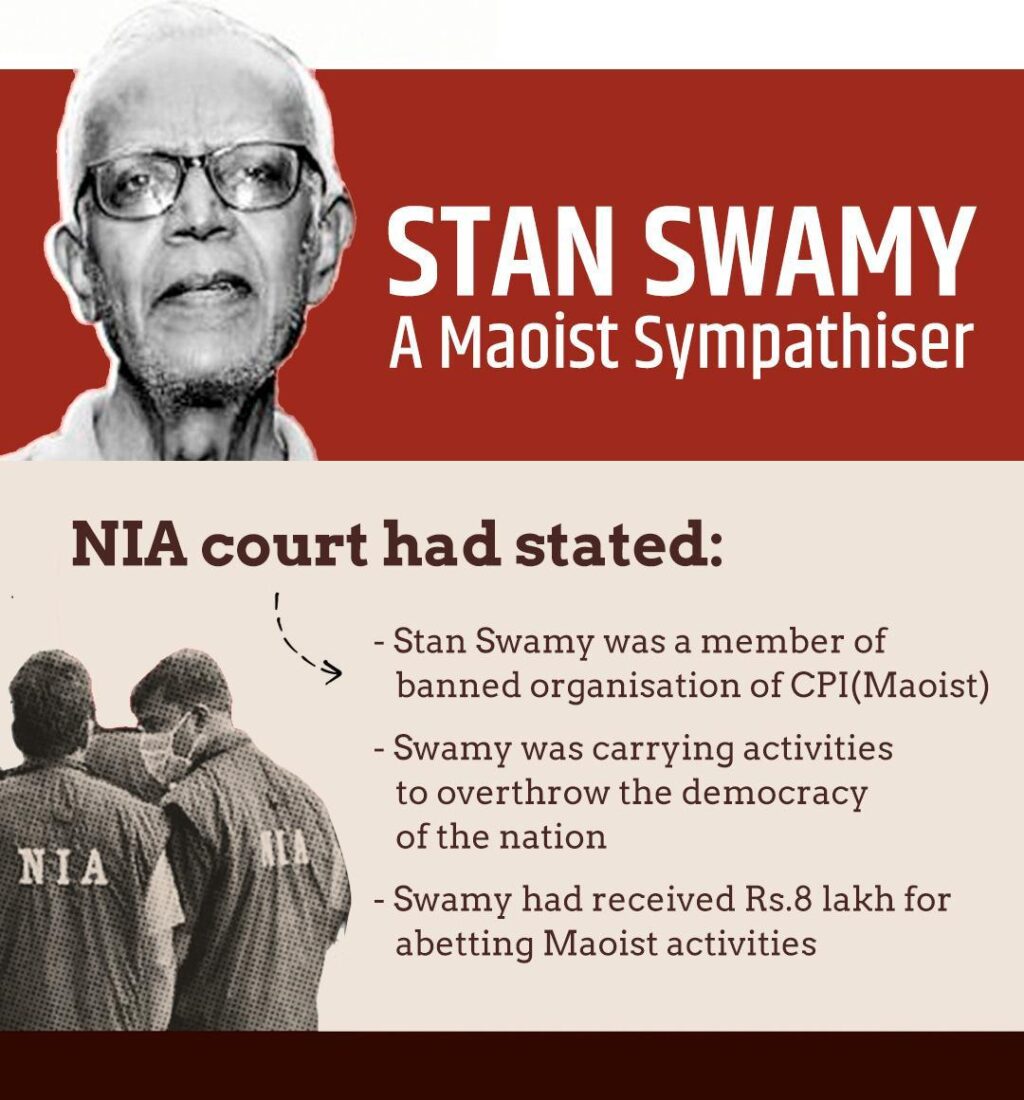 DIG, AV Homkar, Ranchi Range, Jharkhand, has prepared a report on Patthalgari in which he says that some tribal activist met in Ranchi under the banner of Loktantra Bachao Manch. In his report he also said that villagers were provoked for Patthalgari by offering a temptation of 20-20 lakh rupees. They were told that if you boycott the government schemes, then the said amount will be put on behalf of the United Nations (UNO) in your account. This meeting was held in 15 February 2018 and after 5 days of this meeting, the Patthalgari was started in Khunti.

The Loktantra Bachao Morch was formed in the solidarity of Damodar Turi who’s organization “मजदूर संगठन समिति ” was banned by government. मजदूर संगठन समिति is the frontal organization of Maoist. Damodar turi was arrested by police from this meeting, attended by many Maoist sympathizer. The activists, who were present in the meeting, are posting post on social media in the favour of Patthalgari.

Stan swamy formed a front लोकतंत्र बचाओ मंच to campaign against ban of MSS and arrest of Damodar Turi. He was booked under charges of Maoist’s link in various cases including conspiracy to murder of PM.

The NIA Court also found him involved in Naxal Activities .

“He was carrying out activities further in the objective of the organisation”, the order denying him bail says.

While refusing bail to the 83-year-old Jesuit priest Father Stan Swamy in the Bhima Koregaon violence case, the special National Investigation Agency (NIA) court held, “prima facie it can be gathered that Fr Swamy along with other members of the banned organisation hatched a serious conspiracy to create unrest in the entire country and to overpower the Government, politically and by using muscle power”.

Special judge D.E. Kothalikar said, “The material placed on record thus prima facie denote that the applicant (Fr Swamy) was not only the member of banned organisation Communist Party of India (Maoist) but he was carrying out activities further in the objective of the organisation which is nothing but to overthrow the democracy of the nation.”

The court concluded, “There are reasonable grounds for believing that the accusation of commission of the offences punishable under chapters IV (punishment for terrorist activities) and VI (terrorist organisations) of the Unlawful Activities Prevention Act (UAPA) against the applicant is prima facie true. Considering the express bar imposed by Section 43D 5 (no person accused with chapters IV and VI shall be released on bail) of the UAPA, the applicant cannot be released on bail.”