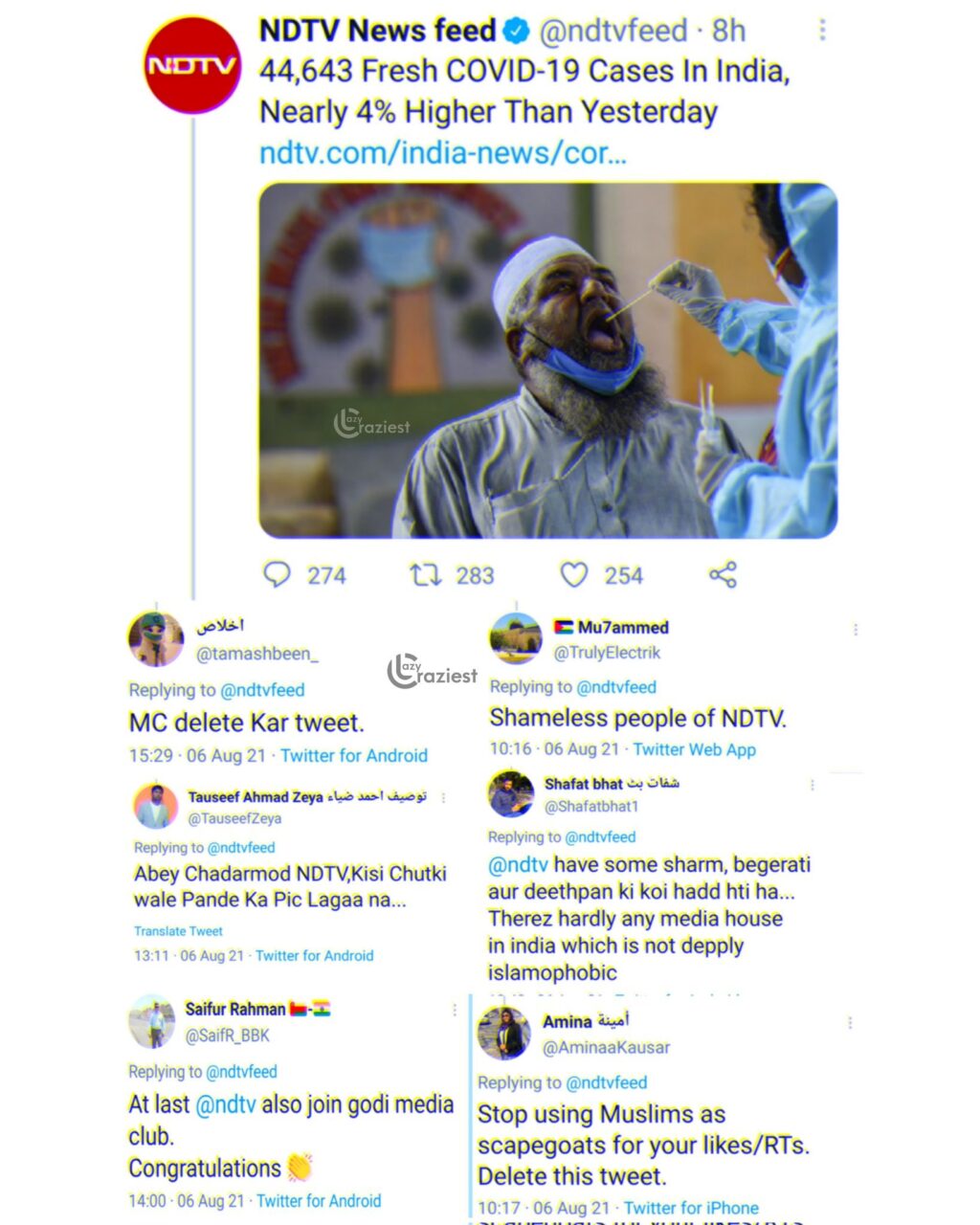 NDTV has deleted one of its own tweet after Muslims raised objection for using an image that depicts Muslim taking a covid test. The reactions on this tweet are noteworthy to know the pshyc of some section of people, who are generally branded as peace loving and tolerant. One of them was Sharjeel Usmani, who threatened NDTV to reveal the name of the employee for selecting an image of Muslim taking covid test. In response to this, Sonia Singh, Editorial Director at NDTV, tried to defend the selection of image and stop trying to intimidate their team. Then all of sudden the original tweet was removed from the NDTV twittter timeline. 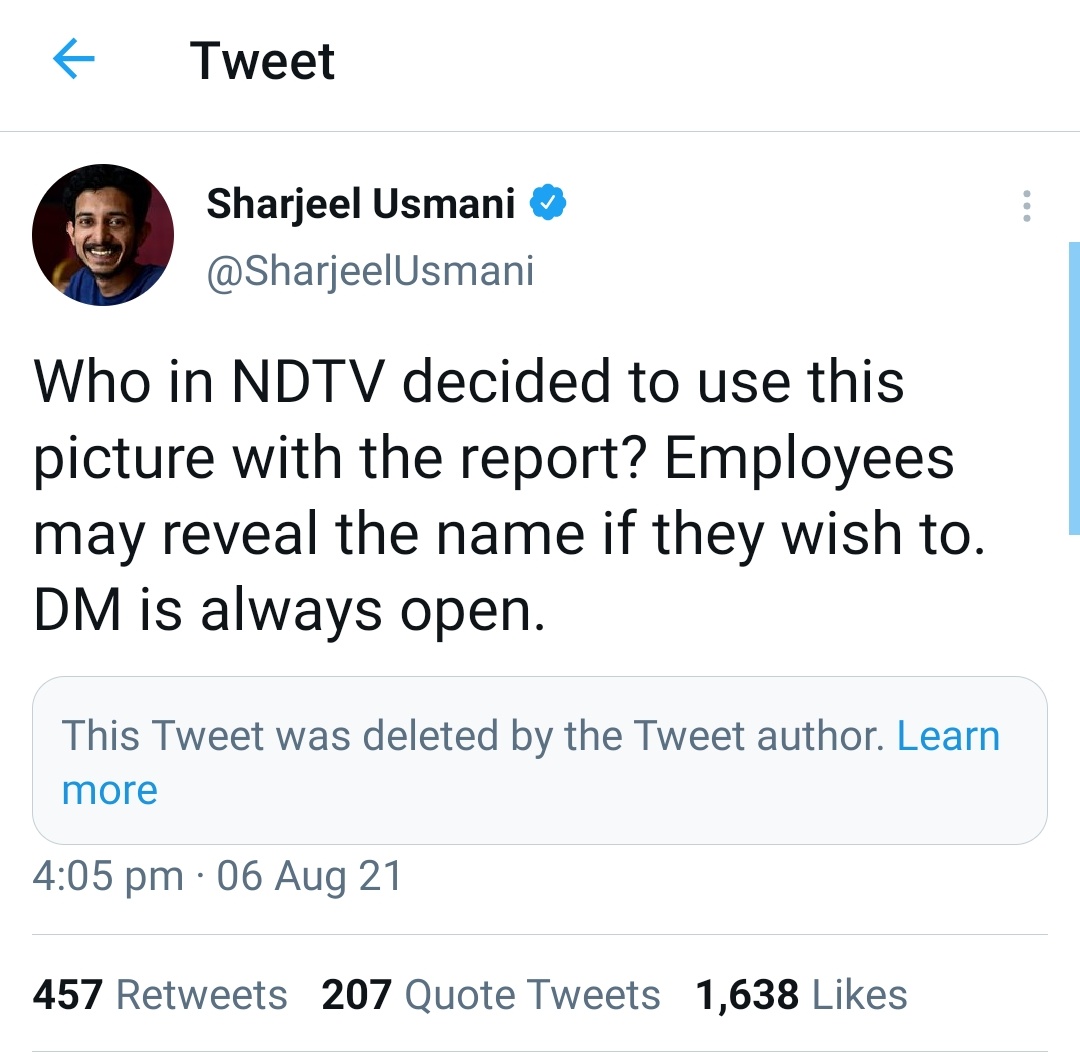 This episode on twitter reveals how particular section of people intimidating media houses.