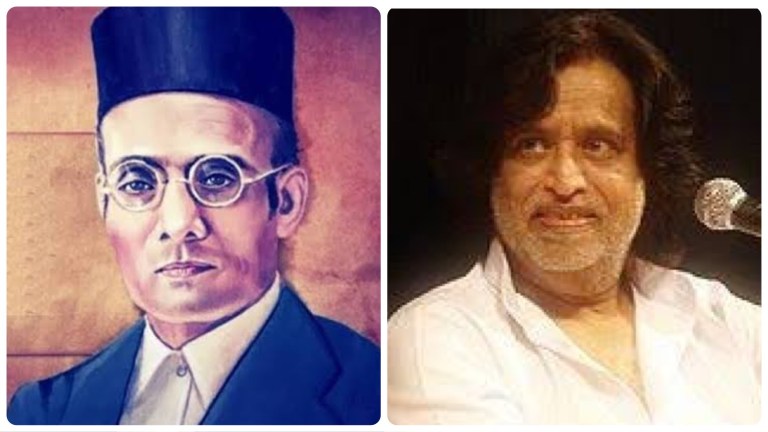 Hridaynath and his sisters, Lata Mangeshkar and Usha Mangeshkar, had been composing tunes based on poems written by Veer Savarkar. However, this did not sit well with the Congress party.

Author Vikram Sampath recently came up with his concluding volume on freedom fighter Veer Savarkar, Savarkar: A Contested Legacy, 1924-1966. The book was released on 26 July 2021 and it instantly rekindled the debate surrounding the concerted attempts made by successive Congress governments and left-liberal intelligentsia to falsely vilify the freedom fighter and besmirch his reputation.

In his recent interview with Times Now, Sampath brought forth the hypocrisy of the left-leaning intellectuals, who portray themselves to be the custodian of free speech and expression but find no qualms in squelching dissenting opinions. Referring to the dismissal of Pandit Hridaynath Mangeshkar from All India Radio, Sampath highlighted how the Congress governments and their leaders ostracised Veer Savarkar and penalised those who did not conform to their vilification of the freedom fighter.

“Liberals don’t allow a different point of view to thrive. In India particularly, there is a very narrow narrative that needs to be pushed when it comes to history,” historian Vikram Sampath said.

Sampath further added that several aspects of Indian history have been hidden, most notably the pogrom of Brahmins in Maharashtra that followed the assassination of Mahatma Gandhi. He accused then Congress leaders of being behind the anti-Brahmin pogrom and added that pages of history have been deliberately deleted.

“In post-independent India, there has been one dominant hegemonic version of history particularly of the freedom movement, invasions and troubling aspects of our long and stormy past,” he said.

Regarding Savarkar, Sampath said even after it was proved that he had no links to the murder of Mahatma Gandhi, a narrative was weaved to project him as one of the co-conspirators of Gandhi’s assassination.

He further added voices that spoke in favour of Veer Savarkar were muzzled and a “cancel culture” was promoted against those who glorified Savarkar or did not hew to the Congress’ narrative of the Hindutva ideologue. This rendered Savarkar and his supporters persona non grata, Sampath said.

Sampath recounted the instance when the Congress government sacked the legendary music director Hridaynath Mangeshkar from All India Radio because it was based on Veer Savarkar’s Marathi song.

Hridaynath and his sisters, Lata Mangeshkar and Usha Mangeshkar, had been composing tunes based on poems written by Veer Savarkar. However, this did not sit well with the Congress party, which had assiduously created a narrative that villainised the freedom fighter. As a result, the All India Radio under the Congress rule fired Hridaynath Mangeshkar for his musical composition on Veer Savarkar’s poems.

Years later, in an interview with ABP Majha, Hridaynath Mangeshkar admitted how he was fired from All India Radio because he chose to compose a poem written by Veer Savarkar. About 53 minutes into the interview, Mangeshkar shares the anecdote when he was canned from his job at the All India Radio, only because he had dared to create a musical rendition of Veer Savarkar’s iconic poem wherein he extolled the sea to take him back to the motherland.

“I was working in All India Radio at that time. I was 17 years old and my salary was Rs 500 per month. It may be peanuts today but Rs 500 was considered a big fat salary during that time…but I was summarily fired from the All India Radio because I chose to create a musical composition for Veer Savarkar’s famous poem ‘Ne majsi ne parat matrubhoomila, sagara pran talmalala‘,” Mangeshkar said in Marathi.