The article is for making Hindus aware of Shatrubodh as no battle can ever be won until and unless one knows about the enemy. It is not to glorify Islam or mock Hindus. Knowing accurately about the enemy enables you to make the correct strategy and chalk out appropriate tactics. Adharma cannot be fought with the tools of Dharma. Now is the time, after 1300 years, this lesson must be internalised if we are looking to save our civilization. One has to follow the tenets of kutayuddha to defeat an incorrigible enemy who does not fear death. A Russian Commander once said, “How do you defeat an enemy who looks into the barrel of a gun and sees paradise?”

But how do they grow to be fighters and indulge in violence at the drop of a hat? We must understand that Islam is primarily a military and political ideology and afterwards a religious institution. The whole lifestyle of Muslims is geared towards fighting and preparing for combat. Sample some of the most blatant practices of their life, which are nothing but the training sessions for the upcoming battles. Let us look at a few of such important events and characteristics in their lives.

1. Ramzan is a 30 days long festival wherein they fast from dawn to dusk. The festival prepares them for the battles where they must abstain from food for long hours. No other religion urges its followers to endure such hardships for so long. For that matter, Hindus also go through multiple fasts in a year, but at the most, they are for a day only. Navratri fasts run for eight or nine days, but people only abstain from taking anna.

2. The festival of Bakrid is another but most crucial step in preparing for the fight. Herein, Muslims rear a goat like a pet for months, fall in love with it and then, on D-day, sacrifice it by the brutal killing. Their children have to be present while the killing goes on. The animals are slashed at the neck in such a way that blood drains out slowly from their body. In between, the animals remain alive, kick around and cry wildly, and die a painful death in the end.

This activity prepares Muslims for the battles in multiple ways:

Hindus, too, once held Bali in the temples, but it was stopped due to the influence of Buddhism. However, even after independence, in many Shakti temples, it continued unabated. Of late, due to pressure from animal rights groups that target only Hindus, that too was discontinued. The battle-worthiness for the street fights diminished due to such measures of ahimsa. Cowardice and fear became a part of our DNA. I remember a scene from the TV series Tamas wherein a Hindu boy was asked to slaughter a chicken to make him accustomed to gory violence. Only then could he protect himself and his community.

3. Alcohol or, for that matter, any intoxication is strictly a no-no for them. For any budding or existing fighter, its consumption distracts the mind from the battles. In contrast, Rajput kings were infamous for taking opium to numb the pain. They, however, did not bother to think that the substance was also inhibiting their critical thinking faculty, which was required in the do-or-die battles. Before and after the wars, they drank alcohol to calm their fraying nerves. In the process, they often used to jeopardise the safety of the camps. In 1192, during the second battle of Tarain, Ghori attacked their camps early in the morning when everyone was sleeping after a drinking session in the night. Around 1/4th of his army was slain in the pre-dawn attack and the battle was lost even before it started.

4. Muslims are allowed four marriages at a time and umpteen slaves, concubines and mistresses. Instant triple talaq (talaq-e-bidat) was conceived for this very purpose to have the maximum number of Muslim offspring. In the medieval era, men were encouraged to impregnate as many women as possible. The mindset remains the same. Women have a degraded role and only exist to produce children. That’s why the incidence of rapes in the Muslim community surpasses everyone else. The women have long been used as war weapons throughout the Muslim world. If a Muslim man or woman marries someone from another community, the non-Muslim must convert to Islam by hook or crook. Non-Muslims are only seen as part of the supply chain for wealth and women. For a Muslim man, sex is unlimited. Dying for the cause of Islam makes them entitled to 72 virgins and jannat. For gullible Muslims, the narrative is indeed mouth-watering.

5. Their comparatively casteless society, no matter how regressive, makes one big family, and everyone lives like brother and sister. Five-times namaz at the neighbourhood mosques breeds brotherhood and open communication channels of all kinds. In this network, everyone is either an active soldier or a member of a sleeper cell, to be activated at an appropriate time. An attack on Rohingyas in Myanmar provokes vicious riots in Bangalore and Bhopal. Has anyone ever heard a Hindu protesting for his brethren in another state, city, or even neighbourhood? Muslims normally won’t fight among themselves when a non-Muslim stares at them. In comparison, a Hindu will gladly become a pal with a Muslim to settle scores with fellow Hindu. Umpteen examples of such behaviour are around us.

6. Muslim is only a Muslim. It is his only identity. He/she is beyond any boundaries of nation, region, language or even family and friendship. He lives for Islam and dies for Islam. Nothing comes before it. He can sacrifice anything and everything for its cause. With such a violent mentality, he gets to set the narrative in any country, no matter how much of a minority his community is. In India, the situation is even worse where just 20% of the population bends the remaining 80%. In the USA, at least 33% of people think there is a positive correlation between Islam and violence. (PEW report).

On the other hand, for Hindus, their religious identity comes last.

All these opposing characteristics have resulted in a massive gap in the mindset of both communities. One is a fighter, always looking to subdue the other. For 1300 years, one has believed that the sword is mightier than the pen. In contrast, the other is taught right from childhood to avoid fights at any cost. This other is also told that the pen prevails over everything, including the sword. How wrong the notion is. With such an uneven playing field, no guesses about the winner. Govt bans PFI and its affiliates for 5 yrs 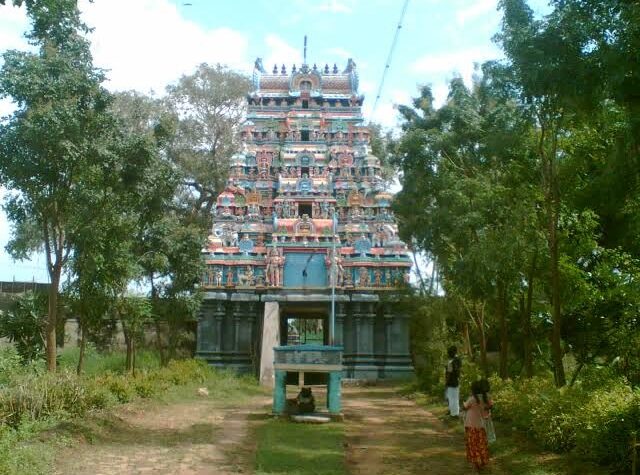