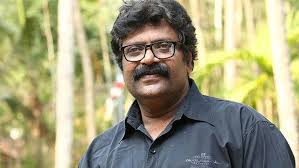 Not even a single Islamic leader or Islamic organisation or Mahallu Committee came forward to speak against those who made derogatory comments when the nation lost brave soldiers in an air accident, Ali Akber alleged. “I was hurt and hence decided to quit the religion which I was following from birth. I renounce my religion. My family has decided to be part of the culture of Bharath. Hereafter, I will be leading a life in the path of Dharma and not as a Muslim.”

According to Ali Akber, renouncing Islam is a personal way of protesting. “For taking this decision someone may fix a price for my life. But I will remain fearless. Life is short. That should be lived in line with the culture and nature of this land”, he added. Ali Akber explained that the decision to be the part of Sanathana Dharma was taken after discussing with his wife Lusiamma. Those who protect Dharma will be protected by Dharma in return.

Nobody can destroy Sanathana Dharma which stood centuries old invasions. Ali Akber also said that he likes to be a part of the Dharma which is immortal.

Ali Akber is directing a movie on the 1921 Moplah riots that targetted Hindu genocide. The rituals needed for converting to Hinduism will be done after releasing the movie. Anyway, he has announced that he is going to adopt the name Ramasimhan after conversion. Ramasimhan was a Hindu who converted from Islam during the forties of the last century. But he along with relatives were later killed by Islamic fundamentalists.