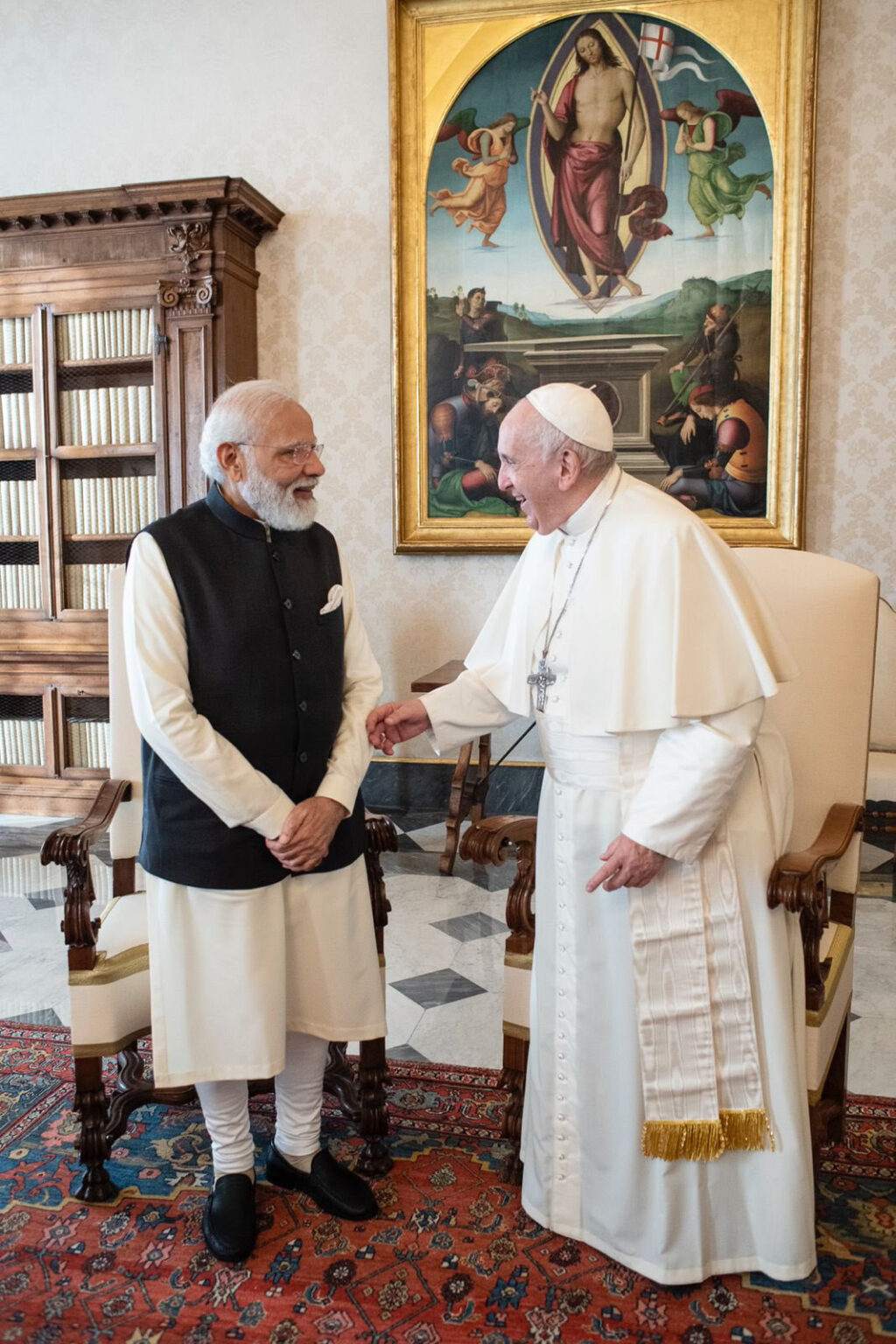 The Prime Minister, Shri Narendra Modi meeting with the Pope Francis, in Vatican City on October 30, 2021.

Prime Minister Shri Narendra Modi was received by Pope Francis in a private audience at the Apostolic Palace in the Vatican on Saturday, 30 October 2021.

This was the first meeting between an Indian Prime Minister and the Pope in more than two decades. In June 2000, Late Prime Minister Shri Atal Bihari Vajpayee had last visited the Vatican and met the then Pope, His Holiness John Paul II. India and The Holy See have friendly relations dating back to the establishment of diplomatic relations in 1948. India is home to the second largest Catholic population in Asia.

During the meeting, the two leaders discussed the Covid-19 pandemic and its consequences for people across the world. They also discussed the challenge posed by climate change. Prime Minister briefed the Pope about the ambitious initiatives taken by India in combating climate change as well as India’s success in administering one billion Covid-19 vaccination doses. His Holiness appreciated India’s assistance to countries in need during the pandemic.

Prime Minster extended an invitation to His Holiness Pope Francis to visit India at an early date, which was accepted with pleasure. Prime Minister also met Secretary of State, His Eminence Cardinal Pietro Parolin.