The event was held jointly with Maharashtra Mandal – Ramkote Bhagyanagar. It was well attended and well received by the deeply patriotic people of the city. Srimati Geeta Kathe made opening remarks and anchored the program.
Srimati Anjali the President of the Maharashtra Mandal trust, introduced the book providing the background and the circumstance of Savarkar’s life and times.

Shri Rajaram Atre shared his experiences with translating the book and how it was an intense journey of self discovery and a journey through the tumultuous period in history.

Shri Ayush Nadimpalli briefly covered the principal issues faced by Savarkar and those that still challenge Hindu samaj even today.

Only a few days ago there was a conference involving some forty universities in the USA. It was titled “Dismantling Global Hindutva”. The organizers would have the uninformed believe that they oppose a supposedly partisan Hindu political movement. However this is only a continuation of the many centuries of unrelenting assault upon the Hindu dharma. The author of the word, Hindutva was Chandranath Basu. He coined the word in the 19th century more than a half century before Savarkar picked it up. However the entire focus of the attack is upon Savarkar. This is because Savarkar was the most powerful and effective advocate of a Hindu national awakening and exponent of Hindutva.

Savarkar’s first great contribution was his recognition of the essential role of a grand national narrative. The British had established through the Macaulay system of education, a pattern of thought and imagination that was intended to destroy the very foundations of the Hindu national spirit. Savarkar recognized the problem for what it was and laid the foundations of the grand Hindu national narrative through his book, the six glorious epochs of Hindu history. It is the misfortune of our times that we have built no superstructure upon this magnificient foundation.

Savarkar’s greatest legacy is his stellar work in the field of social reconstruction and social harmony. He started the many powerful initiatives for integrating the society and dissolving the bitter divisions in the Hindu society. His pioneering work in the several fields such as the building of the Patit Pavan mandir, the integrated tea shops, common dining programs and many other revolutionary steps were soon adopted across India. He identified the significant socal needs and the means to achieve these in a harmonious fashion. This stands in sharp contrast to those forces who claim to serve the poor but posit and work towards producing and promoting conflict and division.

Savarkar illustrated continually that no activity is to be considered insignificant. He took it upon himself to sell the produce of native industry. He carried locally made cloth on a thela around the streets of Ratnagiri and sold it by himself. He supported, raised and educated a child from the former untouchables even while his own family was in deep financial difficulty. Thus he illustrated that such acts of empathy and responsibility from the society were not merely the stuff of empty talk but the only practical route to social reconstruction. He showed that every sections of society would not merely tolerate but eagerly welcome such efforts at social reconstruction. In this was the practical route to the reinvigoration of the society.

Sriman Dilip Sahane offered the vote of thanks. Program ended with Shanti mantra. 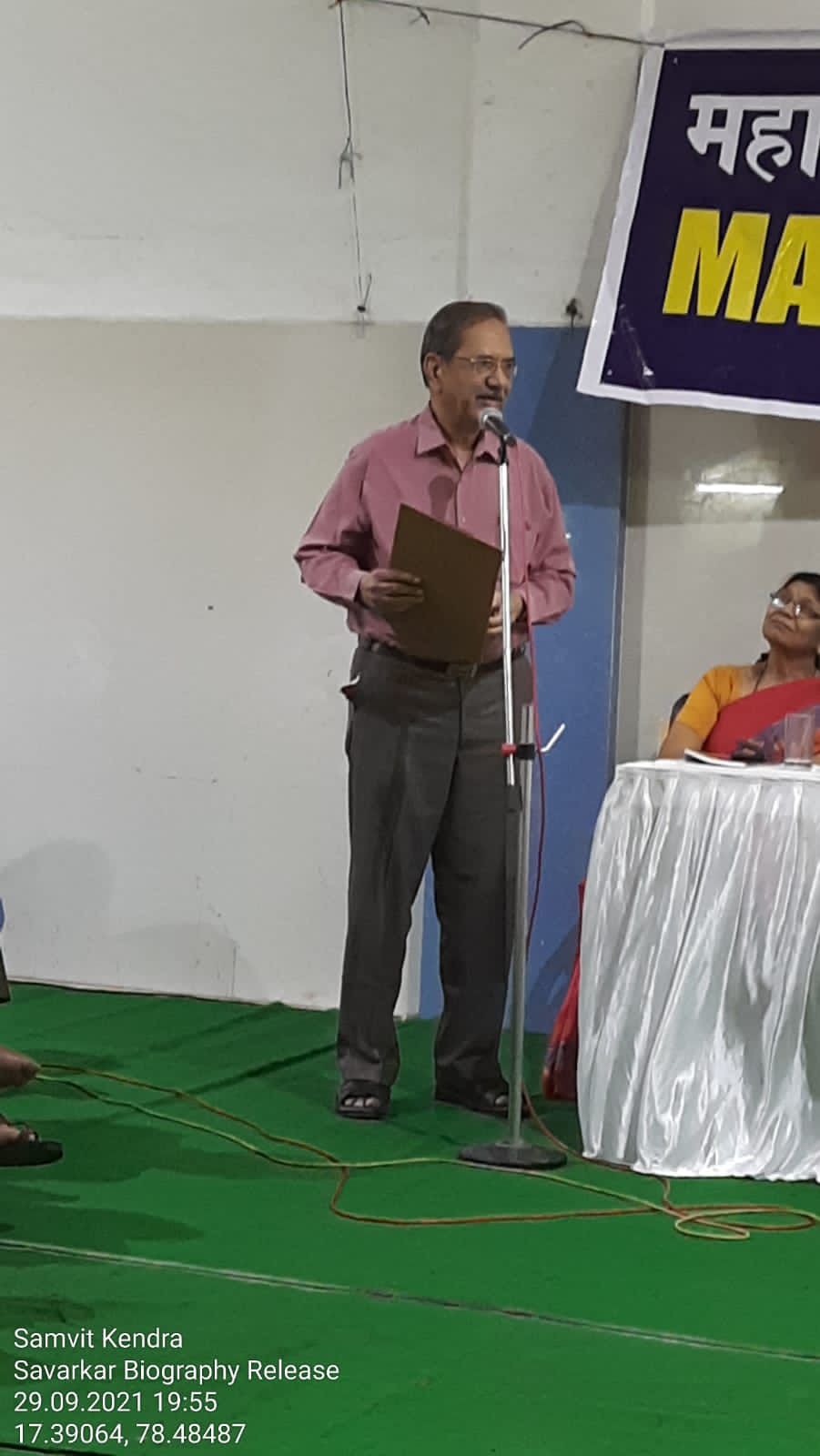 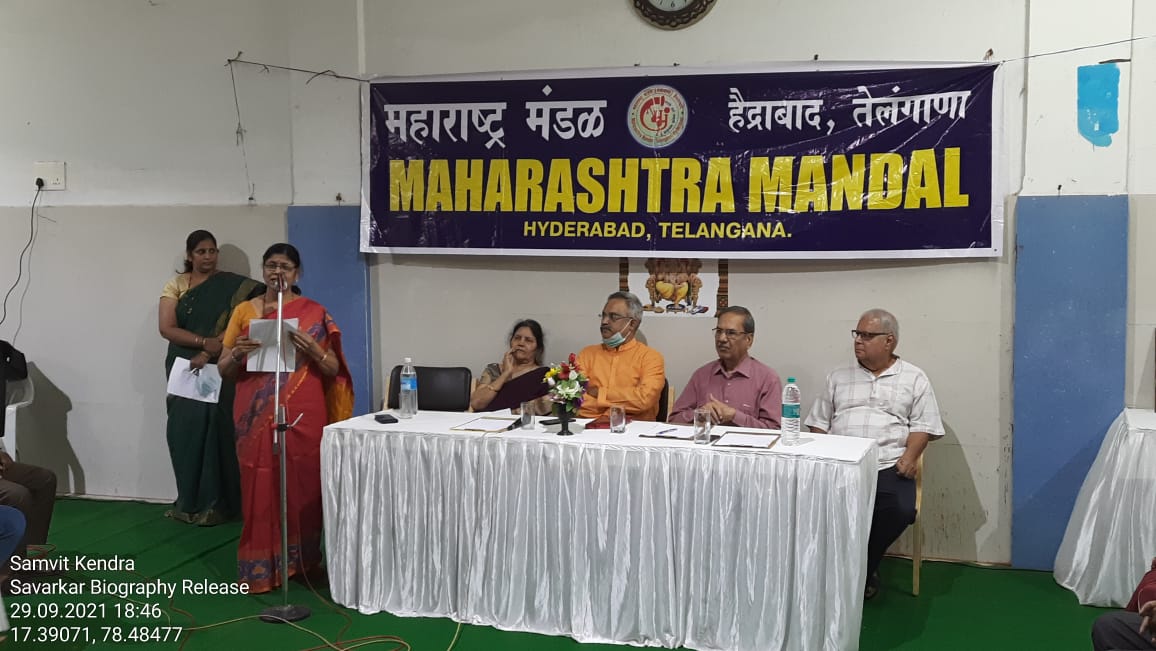