The construction of mosques across India are linked with several controversies, some of them were raised following the destruction of Hindu Temples and others were raised in memory of Muslim preachers who were killed by Hindus when attempted to spread the Islam on the strength of sword.

The Bara Shahid dargah located on the bank of a lake in Nellore town, Nellore district of Andhra Pradesh falls in the second category. Generally, this mosque gets into prominence every year when the day after Muharram festival a popular festival called ‘Rottela Panduga’ is held. Rottela is the Telugu plural of ‘Roti’.

Several folklore stories are in vogue regarding the origin of Bara Shaheed dargah. According to one version, 12 Islamic preachers from Turkey came to India and went around doing Tablighi (proselytizing or conveying of Islam). When they reached a place called Gandhavaram, the locals resisted and opposed preaching of Islam. A battle ensued and the locals killed the 12 Tablighi. The present location of dargah is the place where they were killed.

Another version of the origin of Bara Shahid Dargah is that it is built in the memory of 12 Muslim Nawabs from Karnataka who laid down their lives for the sake of Peace, communal harmony and goodwill. It is believed that they lost their lives in a war some 200 years ago and their chopped heads fell at a place in Nellore (present location of the dargah).

According to another version, the Nawab of Arcot had summoned a regiment from Turkey to fight against British in the year 1751, a year which marked the siege of Arcot during a series of Carnatic wars. Twelve soldiers in the regiment were highly religious and performed Namaz five times a day and observed all the rules of their faith. Though the regiment won, the 12 warriors were beheaded by the rival forces in the battle at a place called Gandavaram, 15 km from Nellore. The headless bodies were brought back on the horses they were riding to the present Dargah area in Nellore and the place became popular as Bara Shaheed Dargah because they were laid to rest at the place and a Dargah was built thereafter. 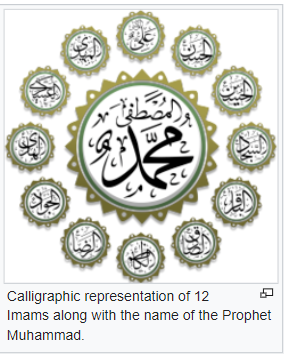 Thus, the shrine of the 12 martyrs is named as ‘Bara Shaheed Dargah’. ‘Bara’ means twelve and ‘Shaheed’ means martyrs, according to the tale. The Muslims spread the word that the power of the warriors grant the desires of the devout citing that the wife of then Arcot Nawab was cured of a serious illness when she offered prayers at the tombs of the 12 warriors.

As a token of reverence, the queen, along with the Nawab, distributed rotis among the warriors and later to the locals and devotees throng the Dargah on the 12th day of the Muharram month. Since then, offering rotis during the Muharram month has become a tradition.

The celebration of Roti festival the day after the Moharrum festival, the association of Arcot Nawabs with this shrine and the tradition of 12 martyrs of Shia Islam lend strength to the Shia origins of this shrine. The Arcot Nawabs belonged to three successive and different lineages: Zulfikar Khan and Daud Khan Panni, the original appointees of Aurangzeb, followed by the Nawayati Nawabs. In the 1740s, the Wallajah line of Nawabs came into being. The early Nawabs were followers of Shia branch of Islam and the latter were followers of Sunni Islam.

The history of Muharram:

The Battle of Karbala  was fought on 10 October 680  A.C.E  (10 Muharram in the year 61 AH of the Islamic calendar) between the army of the second Umayyad Caliph Yazid I and a small army led by Husayn ibn Ali, the grandson of the Islamic prophet Muhammad, at Karbala in modern day Iraq.

The humiliation of Imam Hussain and others after the Battle of Karbala:

According to Shia chronicles of the battle of Karbala, Hussain fell on the ground face-down and an attacker named Sinan ibn Anas stabbed and then decapitated him. Seventy or seventy-two people died on Husayn’s side,of whom about twenty were descendants of Abu Talib, the father of Ali. This included two of Husayn’s sons, six of his paternal brothers. Following the battle, Husayn’s clothes were stripped, and his sword, shoes and baggage were taken. The bodies of Husayn’s companions were decapitated. The members of the Banu Asad tribe, from the nearby village of Ghadiriya, buried the headless bodies of Husayn’s companions.

Husayn’s family, along with the heads of the dead, were sent to Ibn Ziyad. The heads and the family were then sent to Yazid, where the mortal remains of those who died at the Battle of Karbala were subjected to physical humiliation.  The members of the family of Imam Husain as captives and prisoners of war and they were put in chains and forced to march bared-footed to Kufa, and from Kufa to Damascus. The heads of Imam Hussain and his companions were put up for public display in Damascus and subjected to further humiliation.

It is said that several of the younger children on this journey died on the route through the harsh conditions of travel and ill treatment of the family who were paraded in several towns along the route. They were often humiliated and assaulted by bystanders.

Yazid had ordered for the city to be decorated and jubilant crowds had gathered to celebrate the capture of the prisoners. The family of Hussain were paraded in the market of Damascus. Some historians note that bystanders attacked them with rubbish stones and even hot water was thrown at the family.

It is one of the most tragic chapters of Islamic history. It was never expected or even thought that such a harsh treatment would be meted out to the beloved grandson of Prophet Muhammad (SAW).

Following the uprising that ended Umayyad rule in 750 A.C.E., the Abbasid dynasty came to power and moved the capital of the Caliphate to Baghdad. There are various stories regarding the shifting of Imam Hussain’s head from the mosque, one version being it was reunited and buried along with his body. Another version says the head was moved to Ashkelon in present day Israel. However, a niche for Imam Hussain’s head can still be found at this mosque.

A memorial to the 12 martyrs of Shia Islam was constructed at the Emeveyye mosque in Damascus, Syria. Cloth bundles representing the heads of the martyrs are displayed inside the memorial.

The beheading of the martyrs of Karbala and transportation of their severed heads to Damascus is converted into folklore surrounding the Bara Shahid Dargah and given a local colour. The story of the heads of martyrs falling at the present location can be compared with the incidents that happened after the war at Karbala.

Thus it is clear that the legend surrounding the Bara Shahid Dargah has close similarities to the battle of Karbala, the beheading of the martrys. The celebration of ‘Rottela Panduga’ a day after the Mohurram mourning festival, as explained above is a clear pointer that the shrine has its origins based on events of the battle of Karbala and the 12 martyrs of Shia sect of Islam.