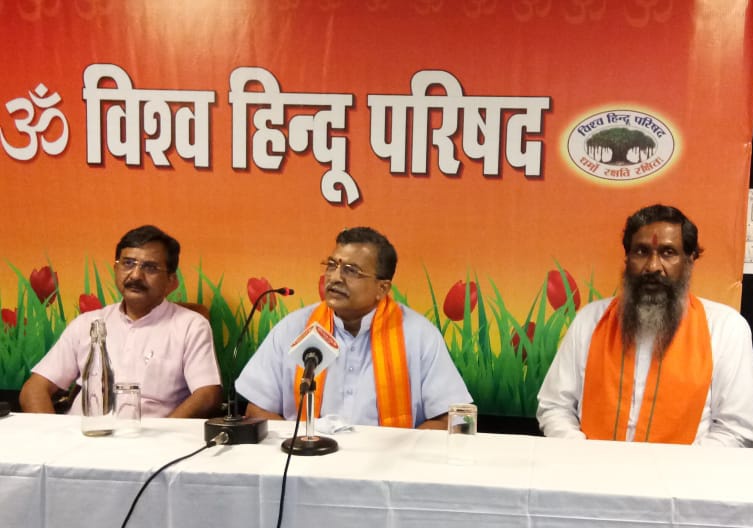 Vishva Hindu Parishad is holding a two-day meeting of the Central Governing Council and the Board of Trustees of Vishva Hindu Parishad starts from Saturday at Faridabad, Haryana. Around 275 VHP office-bearers from across the country are expected to attend the meeting. Representatives from chapters of the organization outside Bharat will also participate in this meeting.

Throwing light on the agenda of the meeting, Central Secretary General of Vishva Hindu Parishad, Shri Milind Parande said that wide discussions are expected about a central law against religious conversions, freedom of monasteries and temples from Govt. control, violence in Bengal, preparations for the anticipated third wave of the COVID-19 pandemic, VHP’s Shahashtraabdi-Poorti Year (celebration of the sanctity of the sixtieth year in the life of the organization) and expansion plan of the organization.

In this meeting the elections of the President and the Secretary General of Vishva Hindu Parishad are also to be held.