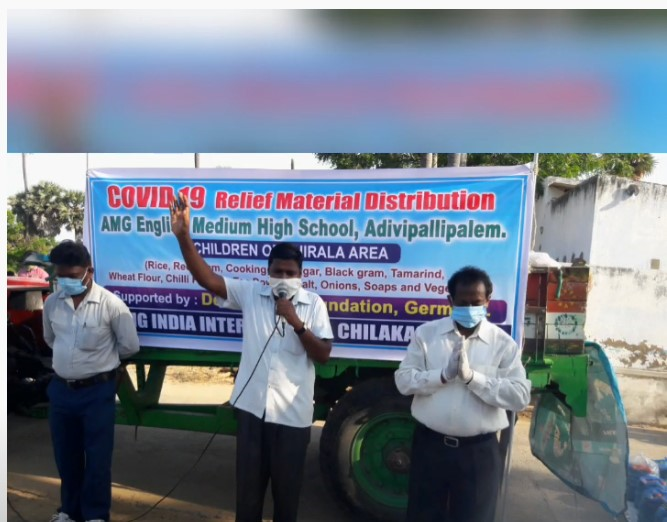 In an article written in UCANEWS published on June 3rd, John Dayal was at his best in lashing out at Christian persecution during Covid pandemic. Following the classic tactic of ‘manufacture a lie and recycle it hundred times’ he has resorted to venting his ire against the Freedom of Religion Acts passed by different states in recent past. He terms these acts as ‘anti-conversion’, ‘love jihad’ laws. Such acts are not new. The Orissa Freedom of Religion Act in the year 1967. Similar law was passed in Madhya Pradesh in 1968 and the same was challenged in courts. In 1977, the Supreme Court of India pronounced its judgement  in the case of Rev. Stainislaus vs State of Madhya Pradesh & Ors on 17 January, 1977, upholding the validity of the Madhya Pradesh Act. Other states have passed similar laws which few states like Himachal Pradesh and Madhya Pradesh have amended / replaced existing laws to keep up with changing times and new challenges posed by ever changing tactics of those indulging in conversions through allurements and inducements.

John Dayal goes on to reel out statistics regarding number cases of persecution and attacks on Christians. One example quoted by him is:

“The most horrendous case of 2020 was the lynching of a 14-year-old boy in Odisha’s Kenduguda village in Malkangiri district on June 4. He was allegedly crushed to death with a stone by a group of people who then chopped his body into pieces and buried them in several places”. “In the preliminary case sheet, police noted that the victim and his family including his father had adopted Christianity three years earlier. Christians in this village have been facing many threats and harassment from religious fanatics.”

However the news as reported in The Wire reads ‘Malkangiri: Accused of ‘Witchcraft’, 15-Year-Old Boy killed’. According to Superintendent of Police, following death of 16 people in three months in the village, locals suspected witchcraft as the reason and attacked the family of the youth resulting in the unfortunate death of a minor. Medical teams were rushed to the village to ascertain cause of so many deaths in such a short time. The District Collector also clarified that there was no communal angle involved in the whole incident.

Labelling of killing of any Christian in the course of routine crimes  into ‘incidents of persecution of Christians’ is a routine tactic adopted by the Christian Evangelist lobby in India. In a detailed analysis of 8 cases of by Legal Rights Protection Forum ( LRPF ), it was found that  most have them are isolated incidents of crime that have been given a communal twist to blame the Hindus. Details of these cases are meticulously collected, facts twisted and after adding ‘persecution tag’ are promptly reported to international agencies USCIRF, global Christian agencies and media. Then a demand raised to brand India as ‘most dangerous country’ for Christians. Lobby groups like FIACONA (Federation of Indian American Christian Organizations of North America) spring into action petitioning law makers in USA and State Department of USA to impose stringent sanctions on India.

John Dayal says that the Freedom of Religion Act is an ‘anti Love Jihad’ law and now the Muslim community is targeted by these laws. He goes on to say that love jihad ‘is an Islamophobic term coined some years ago to demonize marriages between Muslim men and non-Muslim women and the resultant conversion’. To set the record straight, the term ‘love Jihad’ was coined by a judge of the Kerala High Court, in the course of pronouncing a judgement in case involving conversion of a Hindu girl into Islam and her immediate marriage to a Muslim. During the course of hearing of the case, alarming details came out of a systematic and institutionalised mechanism to groom non-Muslim girls into accepting Islam. When such cases reached the Supreme Court of India, the court ordered the National Investigating Agency to probe the charges of ‘love Jihad’. In its report, NIA told the court that ‘love Jihad is real’. It may not be out place to remind Mr John Dayal that the Syro Malabar Church in Kerala has issued a statement stating that Christian girls in Kerala were lured into Islam, married off to Muslims and sent to join ISIS to fight for Islamic Caliphate. In Afghanistan, four women from Kerala who converted to Islam and joined ISIS are languishing in prison for the last 17 months. Two of them, Merin Jacob and Sonia Sebastian were converts from Christianity to Islam.

All these developments led to incorporation of special provisions in Freedom of Religion Act to protect innocent women from becoming victims of inducement and allurement in matters of conversion. The Uttarakhand High Court while pronouncing judgement in the case of

Girish Kumar Sharma vs State Of Uttarakhand And Others specifically called upon the state government to enact a Freedom of Religion Act. The honourable court said:

John Dayal’s contempt for Hindus and their traditions comes out in the open when he refers to Uttar Pradesh CM as “Ajay Bisht, alias Yogi Adityanath ”, once targeting only Christians, they are now also armed against Muslims in the guise of curbing “love jihad.” This is gross disrespect to time honoured Hindu tradition of not referring to a Hindu sanyasi by his birth name. Will Mr John Dayal say ‘Jorge Mario Bergoglio alias Pope Paul ‘?

1,00,000 HINDUS CONVERTED TO CHRISTIANITY DURING LOCKDOWN?

Quite contrary to the charges of ‘Christian persecution during lockdown’, evangelists are happily announcing that by using different tactics to suit lockdown, they were able to penetrate 50,000 villages and convert 1,00,000 Hindus.

“But even [amid] that persecution, God grows and strengthens his Church They estimate about 100,000 conversions during lockdown. During 2020 – the COVID year – they’ve planted more churches than all the 25 years of their ministry work there. Because they could not meet with others during lockdown, they decided [to] simply start specifically praying for unsaved people they know. Then, they decided to follow up those prayers by phone and WhatsApp. They estimate about 100,000 conversions during lockdown as a result of this approach. Similarly, with church-planting, they encouraged every church to [pray for] 10 specific villages or neighbourhoods [with] no church. Then, as restrictions loosened slightly, they were able to get into these regions. They estimate that churches adopted about 50,000 villages during lockdown, and 25 per cent now have an ‘opening’ for the Gospel — some believers, a small house church, etc.

Several of my friends in India were killed for their Kingdom-building efforts. Others were “thrown in prison [or] persecuted in various ways. This context looks a lot like the first century Church. These folks keep pressing ahead, just like the early Church [kept] pressing on amid persecution. Pray for them – [for] courage to keep pressing ahead; that God will protect them [and] they’ll have the tools and resources they need.”

(Note: The article in Mission News Network was deleted after it received wide coverage in Indian media. However the article is referred to in several international Christian websites. Also here )

While one section of Christian evangelist lobby is busy peddling the narrative of ‘Christian persecution during Covid pandemic’ another section is gloating over ‘planting of 50,000 churches and conversion of 1, 00,000 Hindus to Christianity’ during the same time.

John Dayal is not alone crying hoarse over non-existent persecution of Christians during Covid pandemic in India. Another evangelist organisation AMG International has put out this post in social media saying “Many families we serve are being denied government #COVID19 relief due to their faith”. Same AMG while distributing Covid relief, did not hesitate to thrust Bible sermons into innocent recipients, forcing them to stand barefoot in hot stand till the sermons were over.. ! 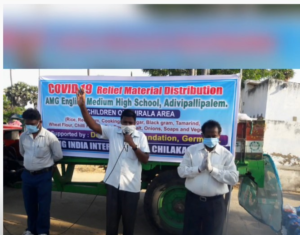 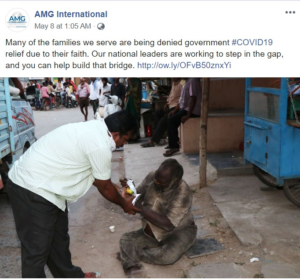 In fact, AMG ( Advancing Ministries of Gospel), functioning out of Chilakaluripeta, Andhra Pradesh and one of the largest recipient of FCRA funds in AP, invariably forces recipients of its aid to undergo Bible sermons every time they turn up for received aid. 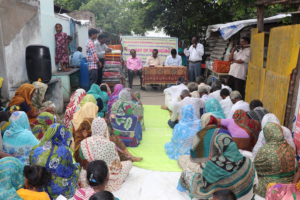 Such is the dichotomy of people like John Dayal and various Christian evangelists operating in India – fabricate stories of Christian persecution, push them to the international media while exploiting the economic hardships arising out of Covid lockdown to lure poor people into Christianity through allurements and inducements. John Dayal leads the team playing ‘Christian persecution card’. It is time to call their bluff.