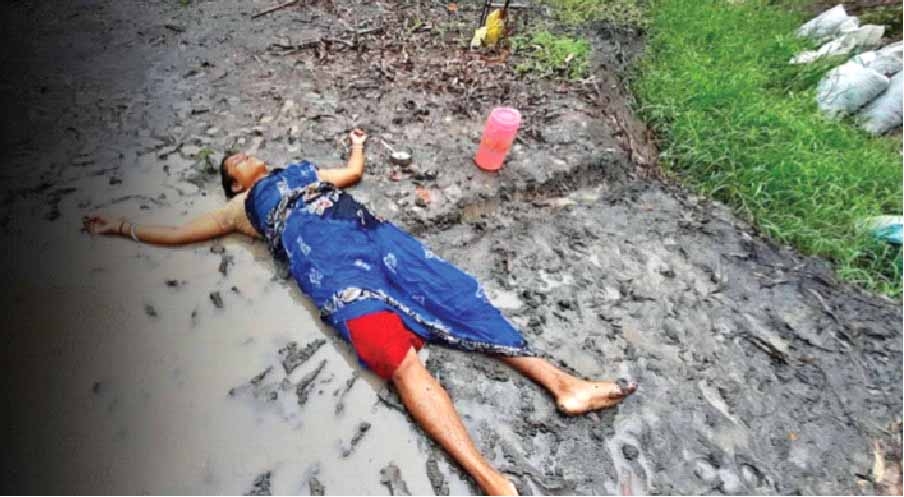 The magnitude and brutality of the post-poll violence in West Bengal have shocked the nation. Chief Minister Mamata Banerjee must take the blame for the present deteriorating law and order situation. Her post-poll statements and actions were intended to score political goals rather than acting as the incumbent CM.

Results of the state assemblies were out in the first week of May. In three states, Kerala, Assam and West Bengal, the ruling parties retained their power. In Tamil Nadu and Puducherry, there was a transfer of power from the ruling parties. In all the states barring West Bengal, the new dispensations assumed power smoothly. The state ruled by Mamata Banerjee continues to be in the news post-election for its violence and mayhem. The reports coming from Bengal are disturbing. Though TMC won unopposed, Didi seems to have been bewildered by her indigestible loss at Nandigram.

The magnitude and brutality of the post-poll violence in West Bengal have shocked the Nation. Even if we presume that it is a consequence of the localised political vendetta of winners against their rivals, there can be little disagreement that the brutal violence unleashed was out of proportion and premeditated. Bengal indeed has a long and violent post-poll history. Even then, the sheer scale of violence here has surpassed all those recorded violent events under the reign of Congress and the Left parties. Chief Minister Mamata Banerjee must take the blame for the present deteriorating law and order situation. Her post-poll statements and actions are apparently intended to score political goals rather than acting as the incumbent Chief Minister. From the 3rd of May, when the results came in her favour, to 6th May when she took oath for the third term, it was a field day for the hooligans of her party.

There was no action on the part of the state police as they are already aware of the intentions of Mamata. Her statement that it is “Election Commission, which is running the state and all the appointments, transfers of district level officers were done by the ECI and are still under their control” is a derisive comment intended to encourage her party cadre to go ahead with their destructive activities against the political opponents. The statement of Mamata immediately after taking oath has shown her further contempt towards the opposition parties and their supporters. She said that her “priority is Corona control first and then law and order”, meaning that violence can go uncontrolled. The third statement that “our party also lost some cadre” is one way of acknowledging the lawlessness in the state and her justification of the violence in the state. When the state machinery was not coming to the rescue of the people, and the Governor took the lead to visit the areas of mayhem and the shelters where the miscreants were hiding, Mamata took objection to the Governor’s action, blaming it as ‘transgression of powers of democratically elected government’. Mamata Banerjee reportedly encouraged her cadre to obstruct the Governor’s convoy. From what has happened to the convoys of Central Minister Muralidharan and BJP national president J.P. Nadda, the intentions of Mamata Banerjee and her party’s district-level leaders is clear. Physical attacks on the leaders coming from outside and terrorising the local cadre of BJP is what Mamata planned, ignoring all the democratic decency and abdication of her responsibilities as elected CM. Perhaps she almost lost the moral authority to be in the seat in which she is now.

The planned lynching of rival party workers, selective loot and plunder of homes and shops of rival party sympathisers, rapes, and abductions of women and children of opponent supporters present the horrendous situation. Large-scale mob violence undermines the very concept of representative democracy. The saboteurs are not outsiders. Once known for its rich intellectual legacy, the politics in the state have degraded from that of a battle of ideas to a battle of swords. People are afraid that West Bengal is fast converting itself into a ‘party state’ within the constitutional framework of a democratic republic. In a party state, political opposition will be crushed with brute force, and the victims of political violence will be denied their just right and opportunity to complain against perpetrators. This is already happening in the state with the crumbling of the legal order, failing of the criminal justice system and collapsing of the rule of law.

So far (up to 25 May) 8,290 acts of violence have been identified in the first three days after TMC was voted to power with a landslide victory. This number is likely to go up as more data and information pour in. These acts of violence are related to attacks, death threats, property destruction, mob lynching, rape threats, rapes, and harassment. Of these heinous crimes, 4847 relate to the destruction of houses and shops, forcing the people to flee away from their native villages. Thirty people were mercilessly beaten to death. Thirty-nine women were threatened with rape. A total of 2387 BJP workers were attacked systematically, and 814 family members of the workers were threatened with death. Of the 8290 acts of violence,3276 were committed against General Category, and 3147 acts were perpetrated against SC and ST sections.977 acts of violence were committed against the OBC population. FIR was lodged only in 143 cases despite the massive scale of violence, and complaints registered amount to 788 only. FIR was lodged in just 12 murder cases.

The Group of Intellectuals and Academicians (GIA) has submitted a report on poll-related horrors to the Central Government, which was authored by eminent advocates of the Supreme Court and faculty of reputed Universities. The report says, “The main modus operandi of the TMC is to debilitate political opponents by targeting their bodies, economic resources, and their psychological wellbeing. This involves physical and sexual attacks, destruction of living spaces, property and means of production however small they are.” The shops of the political opponents were taken over and would be released back only after payment of a hefty amount to the local TMC cadre. This brings the political opponents to their knees.” Almost all our respondents mentioned having to pay up large amounts of extortion money to TMC after the election results came out,” it adds.

The report adds further, “Women have been singled out for most horrific terror and intimidation. Our data reveals many incidents of grievous bodily harm, the threat of rape, stripping, and sexual violence. The streets were sites of dehumanization of women of all ages. The horror is compounded by most of the victims being from marginal SC-ST communities or Below Poverty Line (BPL) and extremely fragile economic sections in West Bengal.”

The unfolding human tragedy prompted 2,093 women advocates from 28 States and 8 Union Territories to approach the Supreme Court of India on 24th May. They stated in their petition that “The law enforcement agencies have failed to protect the citizens with the required degree of responsibility against the illegal acts being committed. Their failure on this account is so blatant that incidents of brutalisation are not even being reported due to fear, leave alone registration/investigation of such offences. There has been systematic violence post the elections in May 2021. There are narratives of women been beaten up, pulled by hairs, raped, and done to death. As an aftermath of this widespread violence, as is shown in Media reports, many families with small children, old- aged parents have left their homes to save their lives and have taken shelters in neighbouring states like Assam. The magnitude and brutality of the post-poll violence in West Bengal is an indicator of a complete breakdown of law-and-order
machinery of the State”.

The Group of Intellectuals and Academicians has submitted a report on poll-related horrors to the Central Government. The report says, ‘The main modus operandi of the TMC is to debilitate political opponents by targeting their bodies, economic resources, and their psychological well being. This involves physical and sexual attacks, destruction of living spaces, property and means of production however small they are’
Intimidating Victims

Mass exodus from West Bengal to Assam and other neighbouring states is occurring at a phenomenally high rate because of which other states are being overburdened with their limited resources. “The local administration/police authorities/goons of political parties are hand in gloves, are intimidating the complainants/victims to withdraw their complaints. The complainants, whose complaints are forwarded by National Human Rights Commission, are threatened by local police. They have strong apprehensions of further assaults on them as the local police share all details with the ruling party. There are instances when even lawyers, who are helping these complainants, are threatened with dire consequences. Family members of complainants are getting threatened with murder and rape. These people need immediate protection of iron hands of the law.” The advocates prayed the court to take active steps to take cognizance of the infelicitous situation of West Bengal, where citizens are displaced and are forced to live like refugees in their homeland.

West Bengal’s parliamentary politics has long been based on a violent control of territory and the exclusion of political rivals. The Congress did it earlier, and the Communist Party of India (Marxist) perfected it. Now the Trinamool Congress is using the same tactics resulting in a spiral of violence and bloodshed. This time the Hindus were predominantly targeted by the Muslim cadre of the TMC. A good number of violent incidents have occurred in remote villages bordering Bangladesh. One must probe deep into the matter of whether the Jihadi elements seized the opportunity for driving out the Hindus, particularly the SC and ST sections from the Muslim majority villages. A critical examination of the nature of crimes committed and the vengeance with which they are executed strengthens the suspicion that the underlying objective is ethnic cleansing rather than winners exercising their sway over the losers.