Urns containing ashes of over 1200 Covid victims from Karnataka, which were lying unclaimed, have been immersed into the Cauvery river in Malavalli taluk of Mandya district on Wednesday, as per Hindu traditions.

With nobody turning up to claim the urns containing ashes, Revenue Minister of Karnataka Sri Ashoka Ramiah, took it upon himself to provide the deceased dignity in death and an honourable departure from the mortal world. 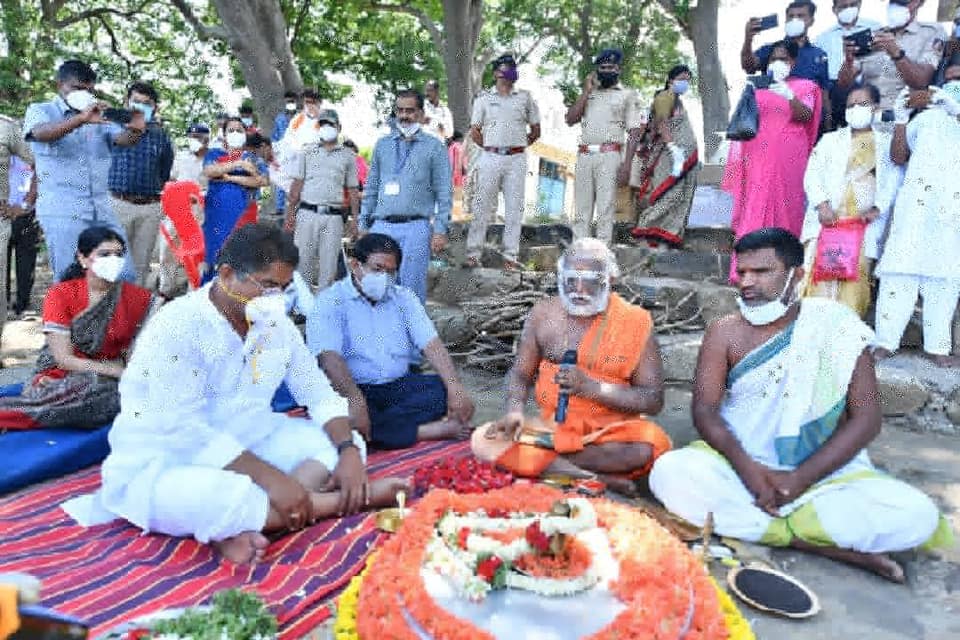 Revenue Minister Sri Ashoka Ramiah said that he is spiritually satisfied after fulfilling his spiritual duty and added that he will be instructing the officials to replicate mass immersion of unclaimed ashes in other districts too.