Recently, there were two images going viral and they were identified by those who posted as images of dead bodies floating in Ganga river at Bauxer, Bihar and were dead Covid patients.

The first image has dogs savaging the dead bodies on the banks of river Ganga. 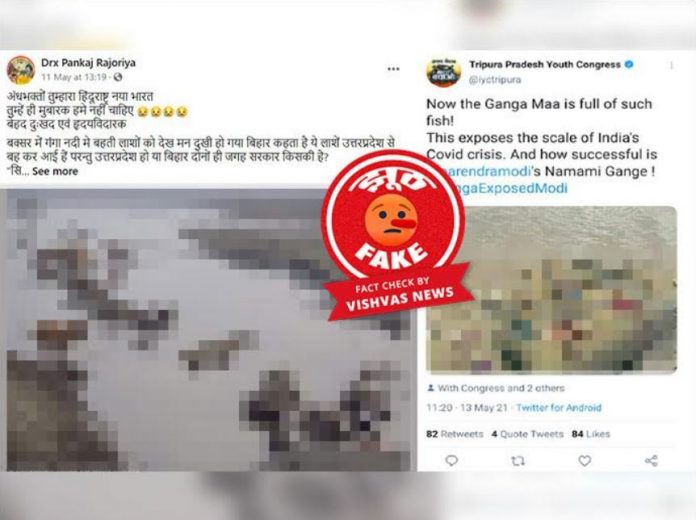 This was first shared by a Facebook user named Dr Pankaj Rajoriya with a caption (English translation) that says:
“Blind Bhakts! This is yours Hindu Rashtra and new Bharat.
Best wishes to you, we don’t want this
Very sad and heart bleeding
I felt bad watching these dead bodies floating in river Ganga at Baxaur. Bihar says these dead bodies were coming from Unnao district. Whether these are from Uttar Pradesh or Bihar, whose government is in power?”

The second image is of dead bodies in water and this was shared on Twitter by verified handle of Tripura Pradesh Youth Congress. Though, this tweet was later, here is the screenshot. 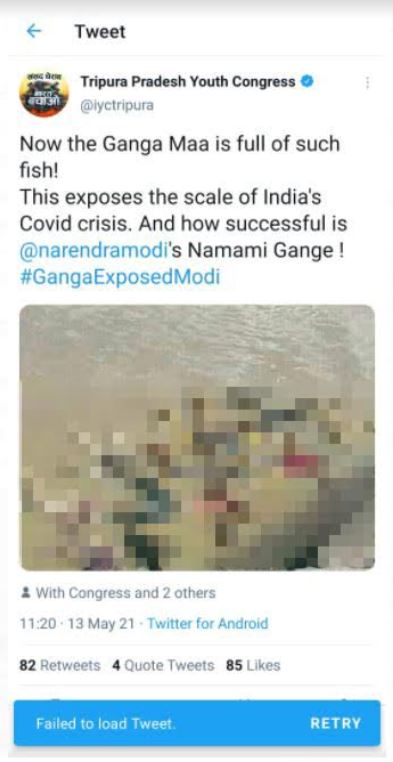 The text of this tweet:
Now, the Ganga Maa is full of such fish!
This exposes the scale of India’s Covid crisis and how successful is @Narendramodi’s Namami Gange ! #GangaExposedModi

Let us fact check these two:

As per Vishwas News Fact Check, these images are from 2015 and 2017 respectively.

The first image was uploaded on 14 Jan 2015 in media. On Jan 13 and 14, 2015, locals found some unidentified dead bodies floating at Unnao in Uttar Pradesh. The matter was investigated by the then central government. The image was credited to Amit Yadav/Hindustan Times

The Second image, as per media reports, was first uploaded on 31 August 2017. A boat carrying Rohingyas into Bangladesh capsized in River Naaf leading to the death of passengers. Bangladesh border guards noticed these dead bodies.

By this fact-check, it clears that these two images of tragic incidents are dated and have nothing to do with current Covid Pandemic in the country.

These images have been re-published by wrongly attributing them to the Covid crisis to mislead people, with a clear motive to instigate anti-government sentiments and cause undue confusion and trauma among people, already facing a challenging time with the pandemic.

Appeal: SM users and followers need to be aware of such fake news spreaders