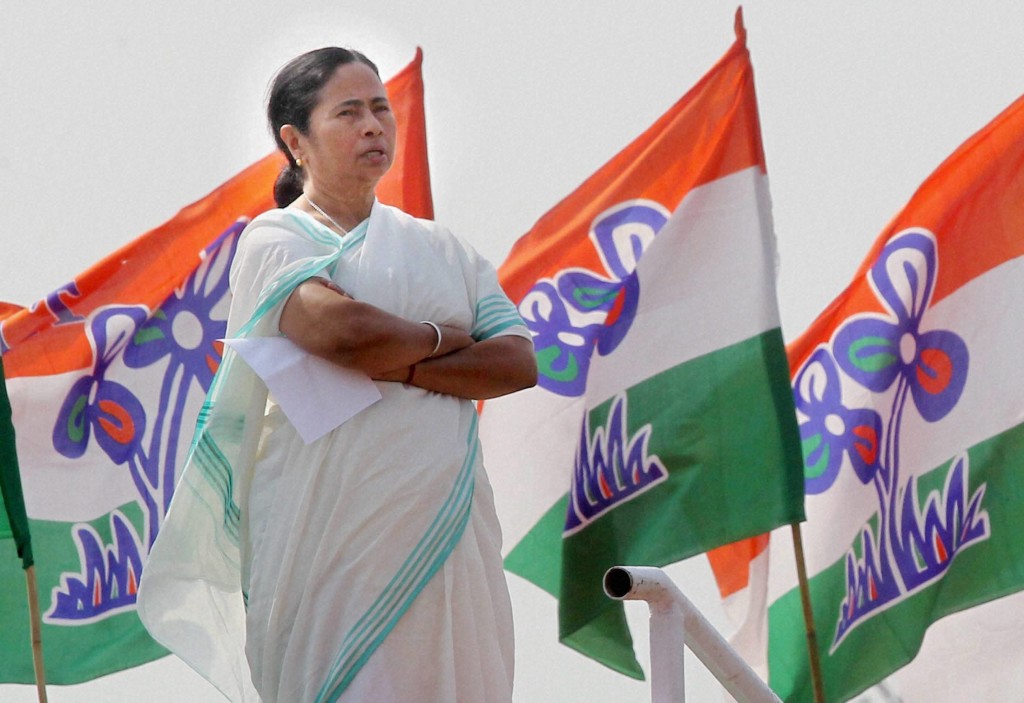 The high profile Assembly polls across the country have evoked a lot of interest across the country but no other State more than West Bengal did. And the fact that the poll process ended in ugly bloodshed is probably as expected as it is disgusting.

The violence erupted the very moment when it was evident that Didi was likely to come back to power. Confidence turned into arrogance. And she came back with a vengeance. It was, of course, not totally unexpected. Away from the state of Bengal, observers like me were sure that even if she didn’t win, her reaction to the election results would have been the same. She would go out in violence with pure vendetta. Only the party in power would have the responsibility to contain such violence. But contrarily, now that Mamata Bannerjee is in power, she has the opportunity to ignite the violence, make good noise saying that she wants to stop it, while in reality, it is state sponsored and she has no intention to contain the violence.

Free elections are the pillar of democracy. Kolkattans should have known that. Gone are the days when rigging elections, booth capturing was the flavour of the day in Leftist West Bengal . Modern India, particularly post 2014, works on the calendar of elections. Even in these difficult times of Covid 19, democratic India is vibrant through her electoral process. So all parties were keen on testing their strength through elections. Now that the elections are over and results are out, normal life, albeit disturbed by the pandemic, must continue: this is what any common citizen expects. The WB govt as well as the others in the Southern peninsula, are sworn in with the big fanfare. Each has a big, inevitable, immediate agenda on hand : to relieve their citizens of the miseries of Corona pandemic. However, that does not seem to be the perception of the newly-in place old government of Mamata Bannerjee, which is busier settling its accounts with its political opponents, than in setting governance mechanisms in place. And the opponents are not only BJP but also the CP and the Congress. And this, not on the political turf, but by inflicting physical attacks on its citizens.

There is no need in going into all the praise that is showered on the winner of the elections: did she really deserve it all? She has lost her own seat. Her dramatics – the wheel chair and the plastered leg – were a comic relief in the cut throat competition that was visible in the last two months. Observers knew that Didi can pull out any gimmick to tilt the public opinion in her favour. Last ten years that she ruled the state, common people had tasted her hatred towards one group of people and her pampering of another group of people. Surely polarisation had taken place. But was it not the foundation of her coming to power, a decade ago? Hate the other, was her credo from the very inception to gain support.

It is not difficult to prove that the violence that erupted even as the election process was going on, is state-sponsored. It is taking place in areas where Mamata Banerjee’s party, TMC, has won the recent assembly polls. 33 assemblies thus, are prominently marked by violence.

The categories of crime span from vandalism and loot, to arson to attempt to murder to actual murder. Brutal mob attacks, stone pelting, trapping people, molestation, threatening and gang rape: all this is the order of the day. Religious symbols of the majority community are also desecrated. And it is worth noting that, out of 23 total districts of West Bengal, 16 are badly affected by violence. That is the scale of violence. Let us also put on record, that out of these, 9 districts are such where Muslim population is above 25 percent.

Among the accused or suspected figure clearly the TMC cadre members such as Mehmood Khan who is the block president Nabgram area, Prosenjit Das who is the district spokesperson. A motley group of TMC workers from various regions also are among them: for ex. Rajib Dey, Manoj Das, Rajbanshi from Burwan ( North Area), Arun Mandal and Tarun Mandal from Jadavpur, Bijoy Murmu of Belda, Aswani Mondal and Nuril Islam from Sainthia, Prabhuram Das, Sankar Kotal, Sakar Ballab, Swapan Ballab from Pataspur. These are among the accused and arrested by police. The entire list will be too long to reproduce.

Among the victims, are BJP candidates such as Ramji Prasad from Metiabruz, Dr. Gobardhan Das from Purbasthali Uttar, Rinku Debnath, who is also President of BJP Mahila Morcha Ward No. 101, as well as citizens like Shahjahan Shah, Bibhash Bag, Kakali Khsetrapal from Jamalpur, or BJP supporters like Manohar Lal Shaw from Jadavpur, Abhijit Sarkar of Beleghata. In the Paschim Medinipur district, In Pingla assembly, where only 10 % population is of a minority community, Saswati Jana, a 20-year-old college student was gang raped and murdered while in Medinipur, the Union minister V, Muraleedharan’s convoy was brutally attacked. In the public violence, not only several houses and shops were burnt, but also the BJP MLA Mijir Goswami’s car was extensively damaged. BJP’s offices were pulled down and set fire to. In Nanoor assembly constituency of Birbhum district, several female BJP workers were molested.

The BJP National President is seen in a clip making a statement that when he was preparing the speech, the number of murders was nine. But by the time he was publicly reading the text in front of journalists and public in general, it had risen to fourteen.

The Centre cannot sit idle when miseries are inflicted on the general public and when the state machinery is kept idle. The Home ministry has asked for a report from the state government. This of course is not stomached by the local government.

The temperamental CM of West Bengal responded: The West Bengal government is not even one day old and they are sending a team.

There is no need to be a political analyst to decode this statement. Mamata Bannerjee has been at the helm of affairs of the state last ten years. So she is not a novice to the administration of the state. She has taken oath of Chief Ministership for the third time. The government may be formed recently, but she is well versed in the governance of the state. There is nothing new to learn. The state is also reeling under the pandemic like any other and to save lives of people from the deadly sickness and to contain the spread of the virus are the top priorities of Central and State Government. The state government cannot claim that they require time to brace itself. When they entered the electoral fray, they knew that winning the elections was one of the eventualities. They should have prepared themselves for that eventuality as well, because that is the next action expected of them, once they are in seat. They are answerable for their readiness. Readiness to contain violence!!!