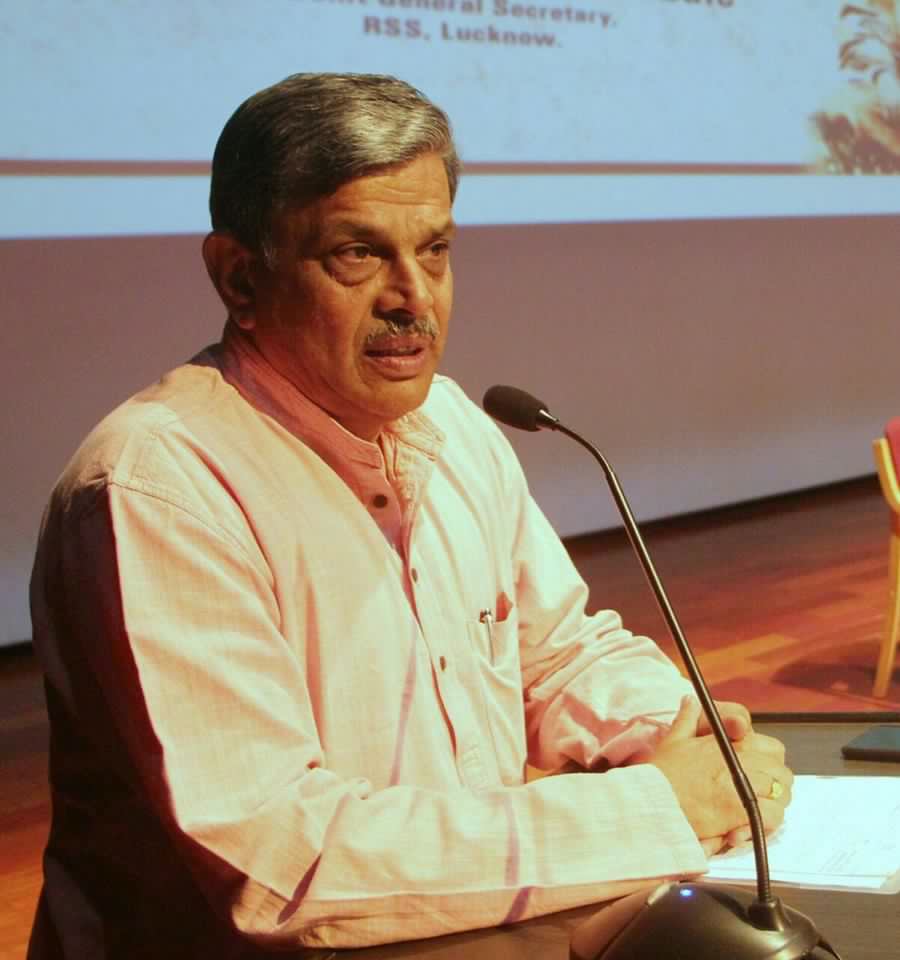 In the ongoing Rashtriya Swayamsevak Sangh (RSS) Akhil Bharatiya Pratinidhi Sabha (ABPS ) 2021  in Bengaluru, Sri Dattatreya Hosabale is elected as the new Sarkaryavah of RSS. He was holding the responsibility of Sah Sarkaryavah of RSS till now.

Dattatreya Hosabale (popularly known as Datta ji in RSS) is from a small village Hosabale of Soraba Taluk in Shivamogga district of Karnataka. Hailing from a family of RSS activists, He joined RSS in 1968 and then the student organization ABVP in 1972. He became a full-time worker of ABVP in 1978. He was the National Organizing Secretary of ABVP for 15 years with his HQ being Mumbai.

Dattatreya Hosabale’s (born on Dec 1st, 1954) schooling was in his birth place Hosabale and also in Sagar (taluk HQ). He moved to Bengaluru to pursue his college education and joined the famous National College. Later, Hosabale took to literature and obtained his masters in English Literature from Bengaluru University.

During his days as a student, he was active in academics and literary activities. He enjoyed proximity with almost all writers and journalists of Karnataka, notable among them being Y. N. Krishnamurthy and Gopal Krishna Adiga. Hosabale was imprisoned for more than a year under the Maintenance of Internal Security Act (MISA) during the fight to restore democracy against emergency imposed by Indira Gandhi.

He played an active role in setting up the Youth Development Centre in Guwahati, Assam, World Organization of Student and Youth (WOSY).

He was the founding editor of Aseema, a Kannada monthly. He became Sah-Baudhik Pramukh (second in command of the intellectual wing of RSS) in 2004. He is fluent in Kannada, Hindi, English, Tamil and Sanskrit.

He has voiced his opinion on Indian Secularism being anti-Hindu, saying “When it comes to the Idea of India, there is no dispute as such; the point is that there can be a variety of ideas and each must be permitted its space. It’s not necessary that they should be at loggerheads or contradictory to each other”

He termed football as symbol of global oneness.

Football has been a great unifier having admirers, fans, adherents and adepts across civilisations, continents & borders. It has been so since ages – in ancient India, as in ancient Greece the game of tackling the ball and hitting it around with the foot was a hugely popular sport enjoyed by the vast majority – ruler as well as the commoner.