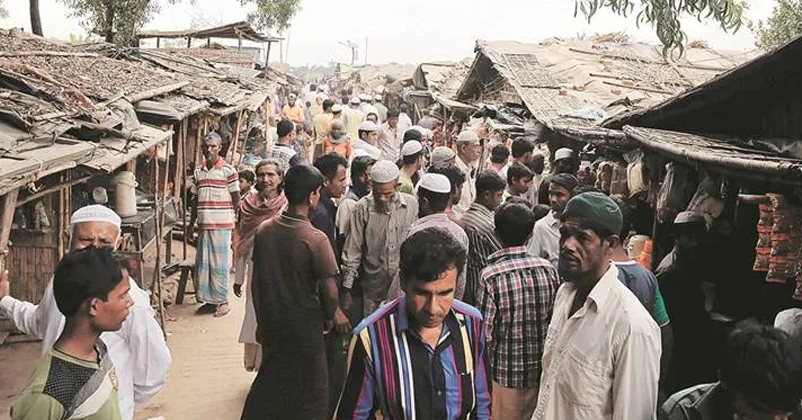 Even as the verification process of illegally placed Rohingyas continues in Jammu Kashmir, the refugees are reportedly leaving their refugee camps, fearing that their illegal status will get exposed and they may be deported. These illegal immigrants have been staying in the camps for over a decade without proper documentation.

On March 6, 168 illegal Rohingya immigrants without valid travel documents were detained by the police of Jammu and Kashmir. After the verification process these Rohingya immigrants were sent to a “holding center” under the provisions of the Foreigners act. The holding centres were set up by a Home Department notification on Friday under Section 3 (2) e of Foreigners Act, according to sources. Verification process of the illegal immigrants was being done at the  Maulana Azad Stadium in Jammu.  Another 18 immigrants were shifted overnight to the Hiranagar sub jail — a temporary holding centre in Kathua district — taking the total number of inmates to 197. The detained Rohingyas include 100 women and 97 men, all above the age of 18 years.

These Holding centers with the capacity of 250 members were opened a week before. Defence sources mentioned tracing illegal immigrants and that deportation will begin after due verification. These Rohingyas entered illegally into India in 2016-17 due to internal conflict in Myanmar. Many of them were staying in camps in Bangladesh, before they entered India via Bangladesh.

In 2017, the then CM of J&K Mehbooba Mufti had given a written statement in  the Legislative Assembly that 5700 Rohingyas and 322 foreign nationals were living in two districts Jammu and Samba and that they had come on their own. These immigrants settled in these districts has increased for over 6,000 in the years between  2008 to 2016, according to government data.

Meanwhile, officials said that they were detaining those who have illegally acquired citizenship documents and Aadhar cards. Some of the Rohingya refugees have cards issued by the UN High Commissioner for Refugees.