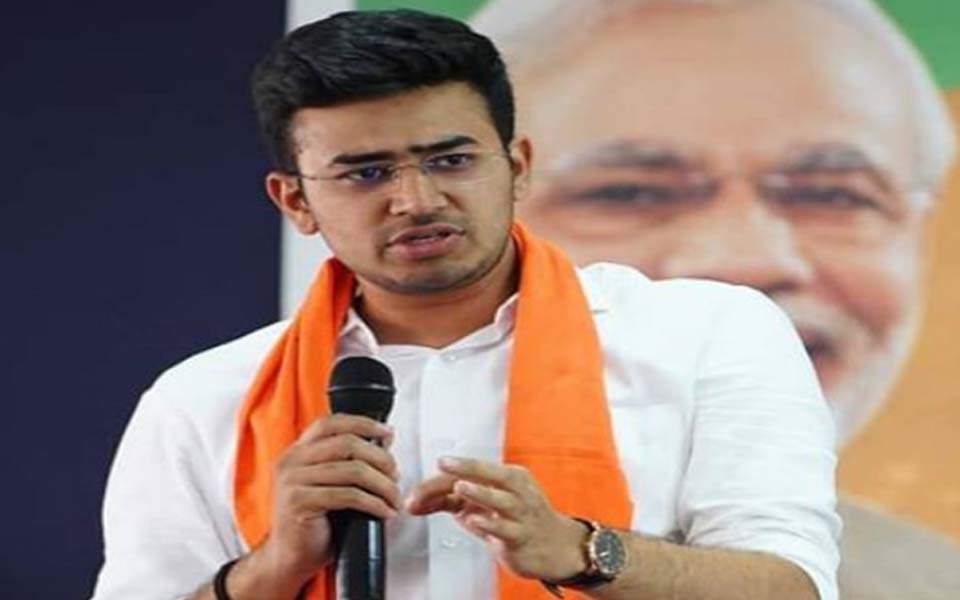 Tejaswi Surya, BJP MP and National President of Yuva Morcha, has warned that the Twitter’s permanent closure of the US President Donald Trump’s account for making provocative tweets is a warning to democracies.

He questioned the plight of the public when even the US President’s account was not spared. He made it clear that this would be the case if large technology companies were not under government control. Tejaswi tweeted that there was a need to review the laws that govern technology companies.

The need for this review was sought to prevent such hasty decisions being taken against India. However, in a tweet, MP Surya said that he was appealing not to ban the Twitter accounts of people belonging to the Congress or the BJP. “I oppose the seizure of my account without any accountability,” the MP said in a tweet.

He ridiculed that the party which has imposed emergency in India would not express such views. He tweeted a video of his speech in parliament where he sought repealing of the Information Technology Act.  He expressed the view that technology companies should not be given the opportunity to interfere in social media platforms.